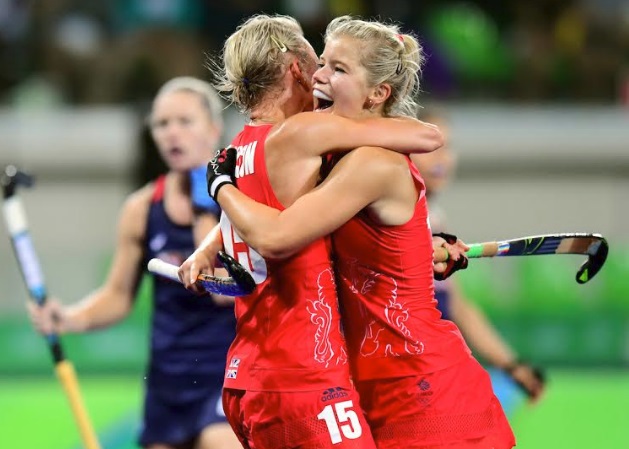 She remains one of the most gifted players in world hockey and it was no surprise when her East Grinstead club coach Mary Booth admitted that she “would get into any team in the world”.

That was underpinned during the Champions Trophy late last year when Tess Howard, an England Development Programme graduate called up to the senior side for the first time and asked to room with Bray, in what turned out to be her last international tournament.

Bray recently helped East Grinstead lift the women’s indoor title at the Copper Box. “She is a leader on the pitch and has high expectations of herself,” added Booth.

“She is one of the most intelligent players I’ve met, is incredibly under-rated and would get into any team still in the world.”

Booth first took Bray under her wing at Tiffin School, where Bray was also a talented tennis and football player. Holding international aspirations, she felt hockey was where her sporting potential could grow.

Moves to the Netherlands, with Hoofdklasse sides MOP and Kampong, clearly aided her rise on the international scene after breaking into the side after the London 2012 Olympics.

“She wants to be coached and that’s very important and why playing in Holland was so good for her,” said Booth.

Writing on social media of her decision, Bray said on Monday: “After a very tough couple of months it is with great sadness that I have taken the difficult decision to step down from international hockey.

“It has been a huge honour to represent Great Britain and England, and I will be forever grateful for all the incredible memories in an international shirt.”

Bray, who holds a psychology degree, will play for East Grinstead for the remainder of the outdoor season.

But her announcement has seen the GB gold medal-winning team further depleted ahead of their Olympic defence, which gets under way on Friday when GB play New Zealand in the Pro League, a tournament acting as Tokyo 2020 qualification.

Alex Danson, the captain, Nicola White and Shona McCallin all remain sidelined through concussion, while goalkeeper Maddie Hinch remains on an international break.

Meanwhile Susannah Townsend and Laura Unsworth weren’t picked for the Pro League trip to Oceania. It is understood that the pair have ongoing injuries, although Townsend has a minor knee injury.

With Pro League rules stating that 32 players can be included in each nation’s squad, GB Hockey has trimmed its national programme. There are now 25 women and 26 men on each programme.

‘The 32’ players – the whole women’s programme during the Rio cycle – which the likes of former captain Kate Richardson-Walsh always spoke about in relation to the 16-strong team winning Rio gold, now seems a distant memory.

My best friend on and off the hockey pitch. I will forever have your back @sophiebray19 👭

Thank you for being you 😘 pic.twitter.com/TI6dgMJBmd

Even more so with a change of coach and Richardson-Walsh’s core strength of being a leader, as well as acting as the bridge between management and players.

Great Britain will have to adapt quickly, but as Olympic qualification dawns it is becoming more evident by the month that new coach Mark Hager’s tenure will be more about gelling a team for Paris 2024, than equipping a team to deal with the rigours of a title defence.

England and Great Britain Hockey will likely see it differently, especially with UK Sport funding on the line after an Olympic gold.