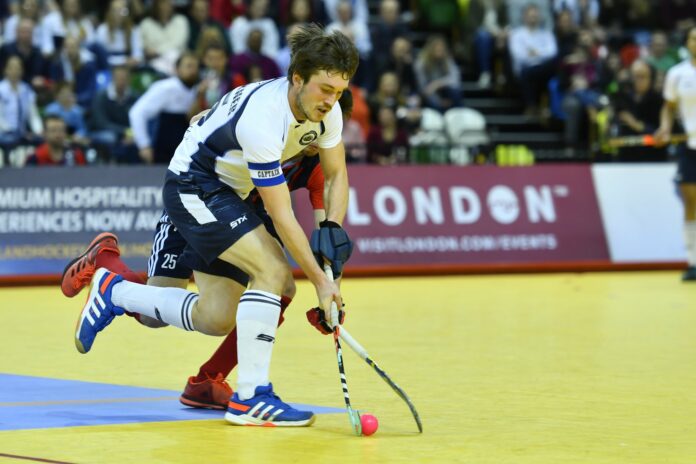 The dominant force in indoor hockey, East Grinstead beat Buckingham 10-2 in the women’s finals before the men’s outfit overcame Surbiton in a shoot-out after finishing 3-3 in normal time as both sides earned European places.

It meant that Jackson, currently back in England during the Dutch outdoor off season, was left to win it for East Grinstead after Dave Goodfield kept the final alive.

And Jackson calmly slotted a direct shot home to earn the Sussex side their 10th title in 11 seasons.

“This is one of the most satisfying ones as we struggled in the league,” said Jackson, who admitted to not being a fan of the shoot-out finales.

“We got a lot wrong against Surbiton, but the biggest thing is the belief that it would turn at any point.

“It was nice to sneak that one in the end.”

In normal time during a tight, tactical battle of man-to-man marking, Surbiton captain Jonny Gall looked to have won it courtesy of a fine individual effort before Jackson’s incredible punched shot with two minutes left.

Meanwhile East Grinstead cantered to the women’s title courtesy of a 10-2 thumping of Buckingham.

Great Britain pair Sophie Bray and Ellie Rayer scored seven goals between them – Bray scoring a first-half hat-trick – as the West Sussex side never let up in their pursuit of the title.

Buckingham’s final blushes were spared thanks to two late goals.