Hockey Pro League: world champions Belgium off to a flier in overseas leg 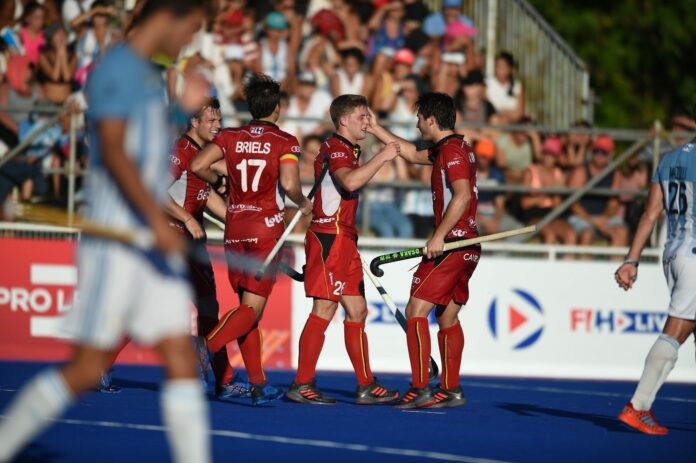 Carla Rebecchi returned to international hockey after a two-year hiatus in front of an adoring home public to help Argentina’s women claim a 2-0 victory over Belgium in the women’s Pro League opener.

However, Belgium gained revenge in the second match of the day as the men’s world champions, the Red Lions, earned a 4-2 triumph against Los Leones, the Olympic title holders, as their overseas leg began.

Rebecchi, the 34-year-old attacker who has been tempted back to the international scene after announcing her retirement at the start of 2017, was awarded player of the match for her efforts

Meanwhile, Tom Boon scored the first and fourth goals in Belgium’s victory, played out in searing heat in Cordoba, which atoned for their opening defeat against Spain last weekend.

“They are very dangerous on the counter-attack but I think we dominated all the game and I think it is logical that we took the three points today,” said Belgium midfielder Victor Wegnez.

The Netherlands men and women both made winning starts to their Pro League campaigns on Sunday, earning victories over hosts New Zealand in Auckland.

A solitary goal from Maartje Krekelaar proved to be just enough as the Dutch women claimed a narrow 1-0 triumph over their resilient hosts.