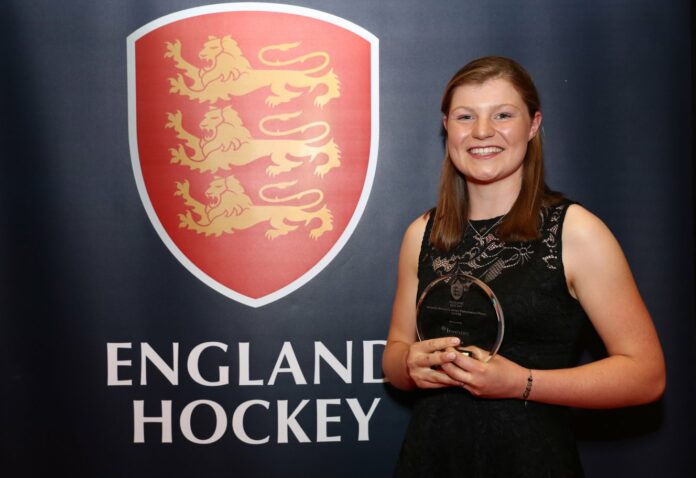 Four years ago, Tess Howard was being shown where Lilleshall was on a map by former international Glenn Kirkham, one of her hockey mentors. Now, she’s gone from Cambridge to China in a “whirlwind” rise to the Great Britain women’s squad.

The 19-year-old was one of the surprise names called up to GB’s first tournament since the Rio Olympics and the geography student will make her debut at the last Champions Trophy, which begins in China this weekend.

Kirkham was working at Perse School in Cambridgeshire when Howard joined in year seven. And in three successive years, she went from under-16s and under-18s to the under-21 England squads.

“When I first got my under-16 call up, Glenn sat down with me, pulled up Google Maps and showed me Lilleshall [an England Hockey training facility],” she tells The Hockey Paper.

“He explained how he used to run a lot, the runs at Lilleshall, where the pitches are. He was a big influence.

“I used to walk to school and I saw him running his own hockey circuits, things that he had made up. I saw how professional he was in his approach and how humble he was and that’s what I wanted to be like.”

Howard has had to take in a lot in a short space of time. She was told in September during an Elite Development Programme squad, under the auspices of Paul Revington and Hannah Macleod, that there could be a trial looming with the national squad. The next day she was told that they wanted her to trial.

“It has been a whirlwind since then, but a whirlwind with blue skies the whole time,” she says.

“The whole GB squad has been so inspirational for the last six years or so and instrumental in junior hockey too. Hannah has been a wonderful mentor. She has had the opportunity of being real with us, of what it’s like. She truly gets it.”

Howard gained her first under-16 cap in 2014 and won European bronze with the under-21 squad last summer. “It’s a brilliant programme and couldn’t have prepared me better,” she said of the EDP.

After trialling, interim GB and England head coach David Ralph gave her the ultimate good news, which, says Howard, proved to be “an out of body experience”.

Her hockey roots are entwined at Cambridge City HC and The Perse School – “they’ve helped build my character on and off the pitch” – and she’s currently into her second year at Durham University.

She helped City get promoted to the national league in 2015 and plays for the university in Conference North. Her Champions Trophy experiences will take a different turn, witnessing the fifth gear of the Dutch and Argentinians.

But she isn’t daunted by the sharp uptake in quality. “It [Conference hockey] has helped me express myself and there is not too much pressure,” she says confidently.

Howard, 20 in January, has been full-time at Bisham for the last three weeks after her trialling process. “I couldn’t be more prepared. I’d heard of Thinking Thursdays before Rio and it’s so nice to be a part of them.

“It’s highly competitive and a really great place to build connections. And you still get that feeling of winning or finding a way to win essentially.”

Her geography department and Durham HC have been supportive of Howard’s rise and know this is a once in a lifetime opportunity and being able to put hockey first.

After an under-23 Six Nations tournament in the summer, Howard was present at this summer’s World Cup in London.

“It was one where I truly realised what I wanted to do,” she adds. “I came back a week before the World Cup and I could feel the energy of the hockey world. I went to the first game and the atmosphere and the set up, I knew this is what I wanted to do.”

Such has been her sudden rise to the international ranks that she hasn’t been team-mates previously with any of the squad, bar Erica Sanders, and feels that this not a disadvantage.