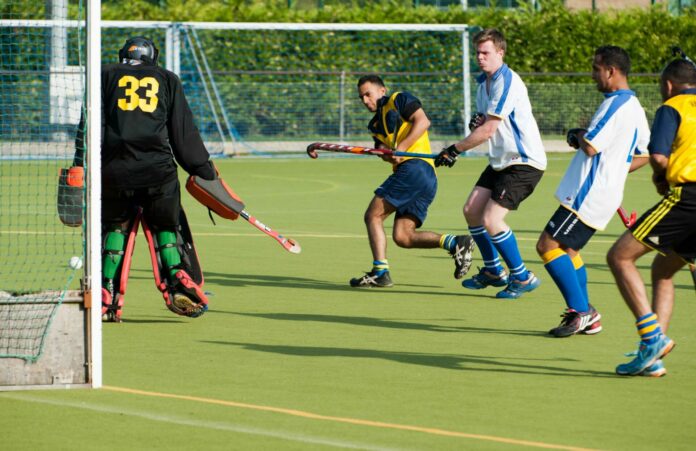 England Hockey’s diversity and inclusion working group is expected to meet in the coming weeks for the first time in a bid to make inroads on its promise last year to create a long-term strategy within the administration.

This week, the national governing body received its second letter in under a month highlighting racism issues and concerns over hockey’s lack of diversity.

In the latest, a collective of nine clubs wrote of an “endemic race issue” in an “elitist sport”. The letter states that hockey is “dominated at the top level in particular by those lucky enough to come through the private school system”.

This follows an open letter last month – first reported by The Hockey Paper – from a group of black, Asian and minority ethnic players. Fifteen signatories felt “disenfranchised and disengaged” due to the lack of diversity within the sport’s administration.

The letter accused England Hockey of “bias” against BAME players while Gurmej Singh Pawar, Barford Tigers’ chairman, wrote that it is “out of touch with modern-day Britain”.

Last year, research undertaken by UK Sport and Sport England found that BAME people accounted for just 5.2 per cent of board members across 130 publicly funded organisations. England Hockey has no BAME members on its board.

“There doesn’t seem to be any overt structured attempt by England Hockey to tackle racism and discrimination in the sport,” Pawar wrote. “They seem to be light years behind other sports on this. I don’t know whether that is because they think it doesn’t exist, or they simply believe that it’s not their duty to do something about it. Either way, enough is enough and things need to change.

“Young people who have dreams of playing for their country at the Olympics are potentially missing out because of racial stereotypes and biases. Further to that, if you are not white, middle class and/or come through the private or grammar school system, your chances of playing for GB Hockey in a major tournament are greatly diminished.

“It makes you wonder what talent England Hockey have missed out on or are currently missing out on because they are not doing enough to include a wider cross-section of society.”

Navraj Degun, a former England junior player, revealed to The Guardian of his negative experiences on being selected for an England Under-18 tour of Belgium a decade ago.

“It sounds positive, but the journey there and staying there was horrible,” he told the newspaper. “People joking around with me that I have a ‘bomb on my head’, referring to my turban, or to be careful of ‘what is in my backpack’ is never really nice. You laugh at the time, but deep down you feel like s***.”

Nick Pink, who took over as EH chief executive a day after GB teams had qualified for Tokyo 2020 last November, has personally contacted Pawar since the letter was sent. Pink had also spoken to Tendo Kimuli, who stood up to racism after charting abuse on the pitch.

Last week UK Sport chief Sally Munday, the former EH chief executuve, accepted that she should have done more to increase ethnic diversity on the field of play and at administration level.

She told the BBC: “When I look back at my time at England Hockey there are lots of things that I am incredibly proud of – but I believe I could have done more to increase diversity of black, Asian and ethnic backgrounds.”

The Telegraph reported that EH will review its talent identification programme and “how young people access the sport”. “One of the key objectives of the external group is to share and ascertain the facts around diversity and inclusion within our sport, so we can create a strategy based on first-hand evidence as opposed to perception or assumption,” a spokesperson said.

EH says it has a “robust process” in the way it reported incidents of racism and abuse.

However, one disprepute report from a national league club highlighting two incidents of racism last season took months to conclude.

Following the second letter this week, EH said in a statement: “Our aspiration is for hockey to remain at the forefront of British team sports as a force for good in diversity and inclusion, with regards to race, gender, sexuality, disability and age. To that end, we as the governing body set up a Diversity & Inclusion working group last year, with the aim of creating a long-term strategy.

“The most recent step has been to create an external advisory group, utilising the skills and experience of people from a range of backgrounds within the sport, including the former Chairman of Mr Pawar’s club Barford Tigers, and chaired by the Chairman of England Hockey. One of the key objectives of the external group is to share and ascertain the facts around diversity and inclusion within our sport, so we can create a strategy based on first-hand evidence as opposed to perception or assumption. Only by sharing experiences can we work to help maintain the best possible platform for everyone to enjoy the sport.

“With regards to specific incidents, we strongly urge anybody with concerns to contact us directly at disrepute@englandhockey.co.uk. We have a robust process to deal with any concerns. The most complex/serious of those are dealt with by an independent panel.

“We believe that a collaborative approach between us as the governing body, clubs, counties and regions is key to making a sport as easy to access as possible. For a number of months we have been undertaking a review of how talented young people can access our game, with the aim of a talent development system which attracts and develops young people irrespective of their background, and inspires them to be the best they can be.

“As with all matters of Diversity & Inclusion, our commitment is to having a long term, sustainable positive impact on our sport and its people.”