Surbiton coach Mark Pearn has praised Alan Forsyth’s “complete desire” to find the net as a key attribute for the Scot finishing as top scorer in the English top flight for the third season in a row.

Forsyth notched 26 goals from 15 games in another stellar season and will be back for Surbiton this weekend as they defend their League Finals title at Lee Valley, firstly against Beeston in the semi-finals where he will line up opposite Sam Ward, currently England’s leading front man.

The 26-year-old forward has proved a revelation for Surbiton since joining from boyhood club Kelburne in 2013, while this was the third year in a row he has recorded 20 goals or more in a season.

Pearn told The Hockey Paper: “Alan’s standout quality is his complete desire to put the ball in the net. Sounds obvious, but I can only list a handful of players that I’ve played with and coached who really do have this attribute. 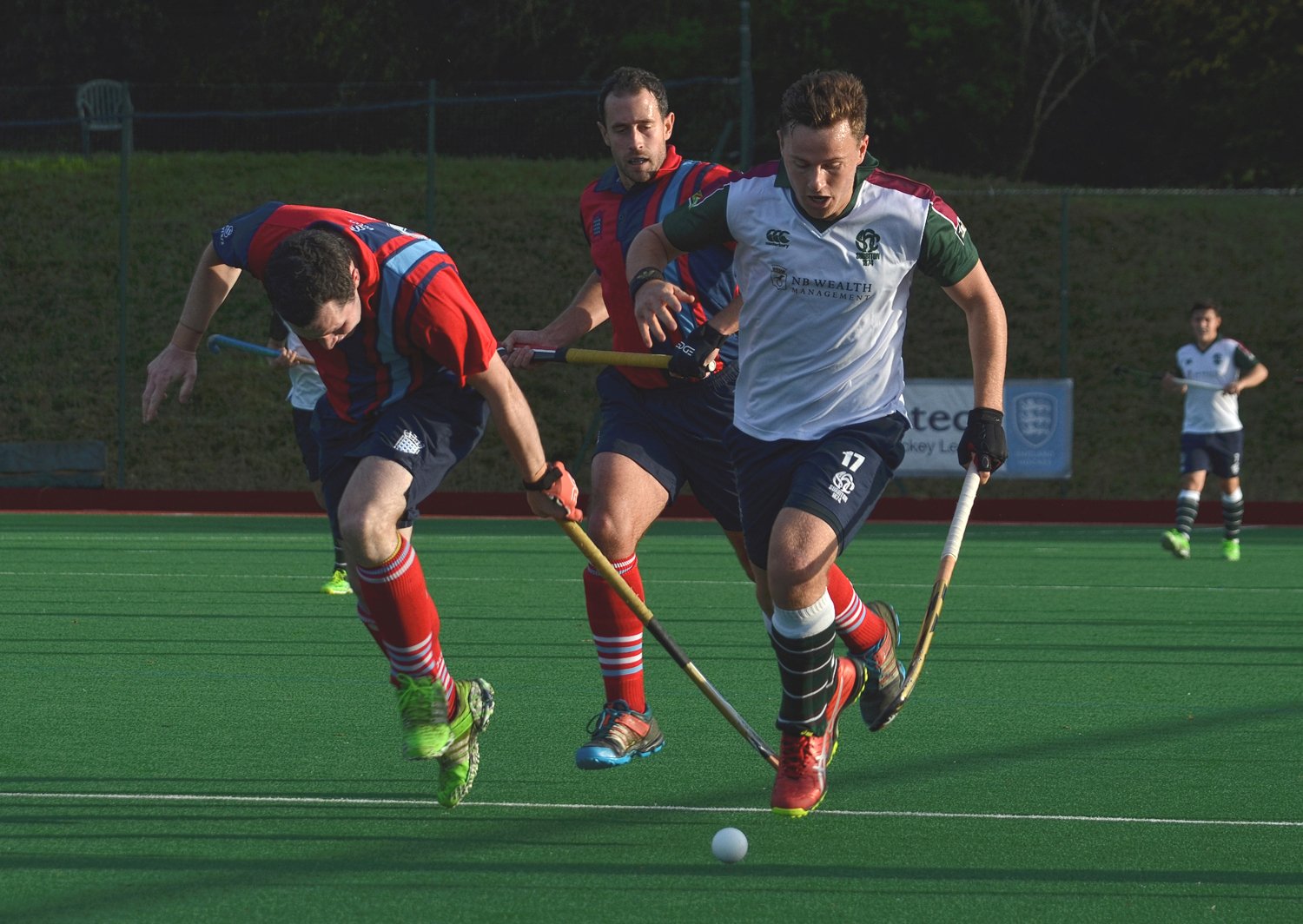 “He is not satisfied with one or two goals, but always wants one more. He might miss three chances, but he’ll continue to work hard and put himself into the right positions in case another opportunity presents itself. He never hides in games.

“He is incredibly consistent technically so his first touch will be secure in the circle when under pressure from a lack of space or a lack of time.

“This sets him up in the optimum possible position to get a shot at goal and he seems to remain calm and clinical when the chance arrives.”

In last year’s League Final against Wimbledon, it was Forsyth who started Surbiton’s thrilling comeback from 3-0 down to 3-3 in just eight minutes as they won on a shoot out at the Olympic Park.

His goal came from a penalty corner and converted with a fierce backhand, a strike which typified Forsyth’s strengths as one of Britain’s deadliest strikers.

“He had developed what I would call exceptional modern day goalscoring skills as he is so comfortable with his back to goal and using the defender to roll away for a shot,” added Pearn.

“His backhand is so clinical that defenders have to get close to block the shot and he is then so quick to spin them and hit it on the forehand.

“The ball just seems to fall to him at the right times in the right places and this cannot be luck. He definitely has an innate ability to read the game and end up on the ball in the opposition’s circle.”

Yet what Pearn has noticed over the last two seasons since he joined as head coach at Sugden Road is his ability to keep learning as a player, both on and off the pitch.

Pearn admitted: “He is passionate about his club, willing to listen and learn, supports the young players coming through and above all he plays for the team.

“Yes he scores a lot of goals and will continue to do so, but he is not a selfish player who takes on shots when others are in better positions.”

Despite Forsyth’s lethal nature in front of goal, he was overlooked by Bobby Crutchley for Great Britain’s Rio Olympic squad two years ago.

Like many observers, Pearn admits that he should have been picked, but believes disappointment has fuelled his desire to make Tokyo 2020 as he continues to make hay for Surbiton and Scotland, where he helped the Blue Sticks to sixth place.

Pearn said: “He is desperate to not only make the Tokyo squad, but to have a big impact when he plays in the Olympics. Naturally it hurt him not to play in Rio and, like many others, I believe he should have been there as we don’t have many players who score that amount of field goals.

“It will always sit there as a what if, but I believe he has moved on and is doing everything he can to make sure there is no chance of missing out again.”