Pippa Hayward, who is still only 27, has decided to retire from international hockey following the Black Sticks’ brilliant gold medal at the Commonwealth Games.

The midfielder/defender played 158 tests for New Zealand – but said the time was right after putting hockey first since 2012.

That came to a tumultuous high on the Gold Coast when she admitted to being an “emotional wreck” during the whole tournament. Not just during the hockey but watching her fellow Kiwis win medals across the sports.

But it was the Black Sticks win against Australia in the hockey final which proved the ultimate accolade after years of going close but without winning a major tournament.

“Over the course of the last ten years we have slowly but surely progressed and we are getting closer and performing better. The players are now getting the confidence and it shows on the field,” she told NZ media.

“They [Australia] also don’t have a Stacey Michelsen which helps.” 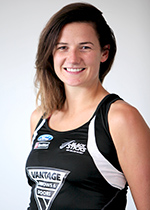 With just two papers remaining to complete a degree of law and arts, she will now put her full focus into studies before looking for employment opportunities.

“After winning a gold medal on the Gold Coast I’m still on such a high and I think that’s made it a bit harder to move on, but I know I’m making the right choice and this is my time,” Hayward said.

“This gold medal is definitely one of my proudest achievements but there are so many memories I will treasure for the rest of my life.

“I want to thank the entire Black Sticks group who I have been with over the years. I have been fortunate enough to form some amazing friendships along the way.

“It was an absolute honour to take the field with a group of great women who are competitive, courageous and very kind.”

“Congratulations to Pippa on her career, she has always brought some special qualities to our group and will be missed.

“I wish her all the best and am sure she will continue to have success in the next stage of her life.”