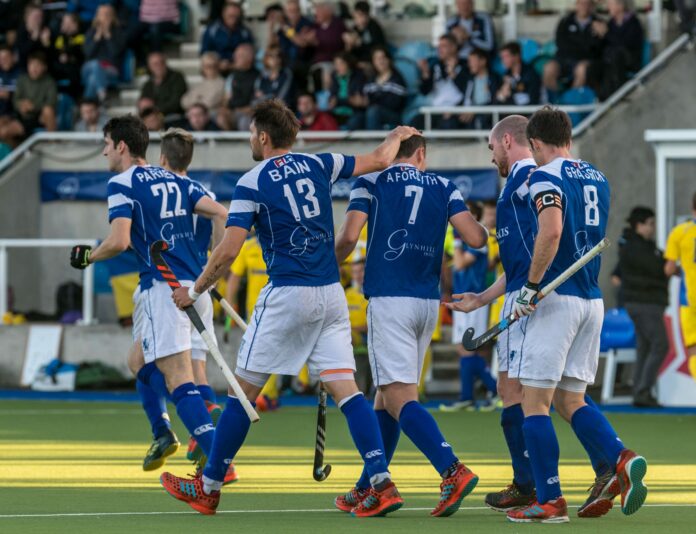 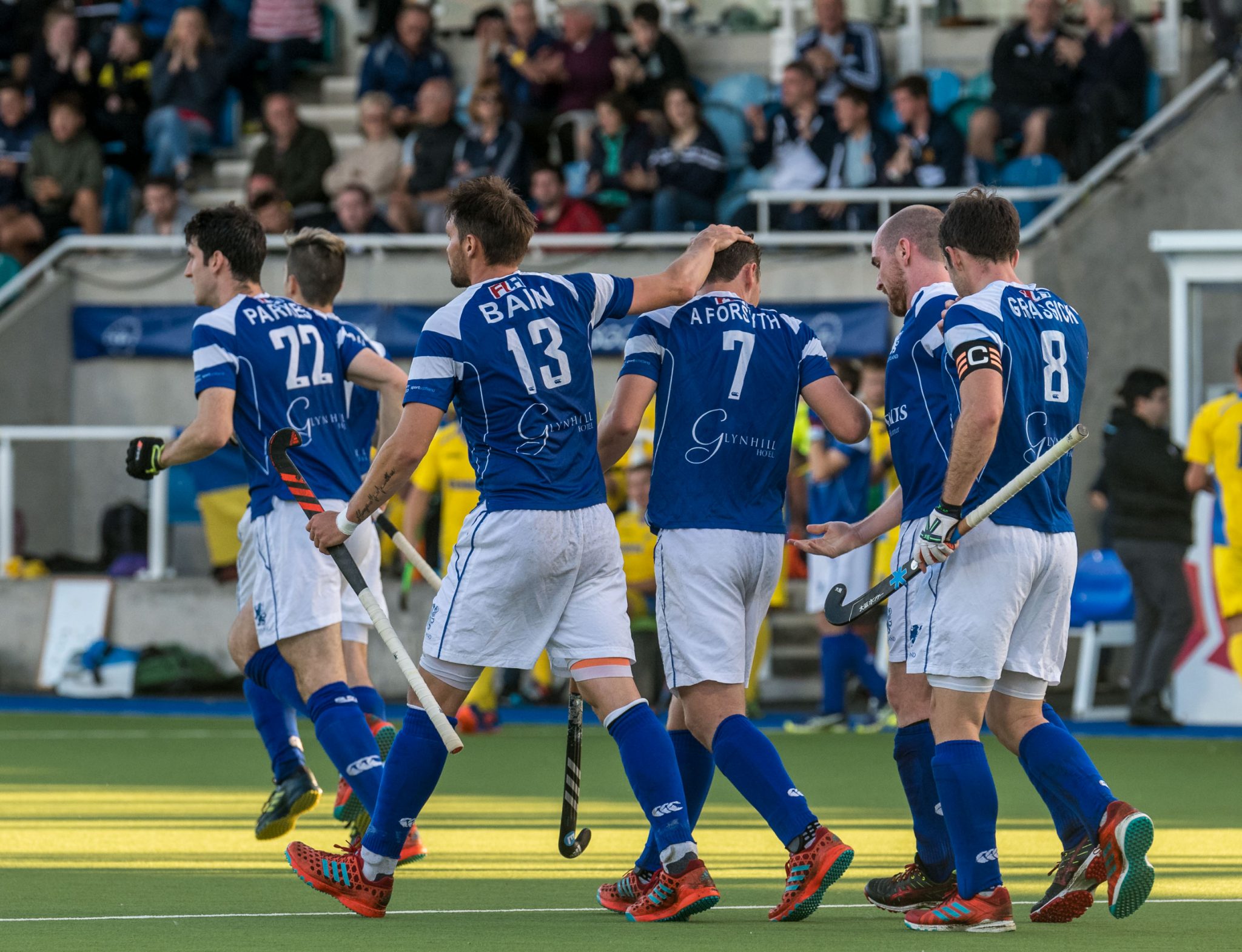 Funding, goes the dictionary, is when money is “made available for a particular purpose”.

In the case of Scotland men, Derek Forsyth’s side continue to produce purposeful tournament performances.

Yet they have done so in the face of a funding backlash, making a mockery of sportscotland’s decision to cut the team’s criteria by £100,000 for the 2015-2019 programme leading up to the Gold Coast.

Then, last week, the men’s side finished sixth at the Commonwealths, a best ever finish after seventh in Melbourne and eighth in Glasgow four years ago.

In between these two against the odds finishes, the part-time team spent only 10 days together.

“I hope the powers that be see the potential of the team and want to invest in the team,” Forsyth told THP.

“This is a great team and they deserve some investment as we continue to grow from the last 18 months.

“If we can get the extra money I think we can do a job in the A Division.”

Scotland now go back into World League 1 in September and a sound showing here would mean a World League 2 spot in early 2019.

Son Alan, continually one of the best players in the English Premier Division with Surbiton, scored against Malaysia in their 2-1 defeat.

As one of only two full-time athletes in the Scotland squad, along with captain Chris Grassick the pair are in the GB programme, he is fully aware of the sacrifices the rest of the team has made.

This has forced crowd funding initiatives (Back the Blue Sticks) for last summer’s World League campaign in London, as well as fundraising for a Five Nations event in Spain in January.

“We achieved the main goal of finishing above our ranking,” said Alan, 26.

“I know other teams had similar build ups but some are in different leagues. New Zealand obviously had a lot of time together, Wales have trained every weekend as they can drive to Cardiff, we just don’t have that opportunity unfortunately.

“So to finish sixth after 10 days together since August is absolutely fantastic from the effort we’ve put in. I couldn’t have asked for anything more.”

For Grassick, Scotland need to “keep building” as they continue to pull off the results needed. 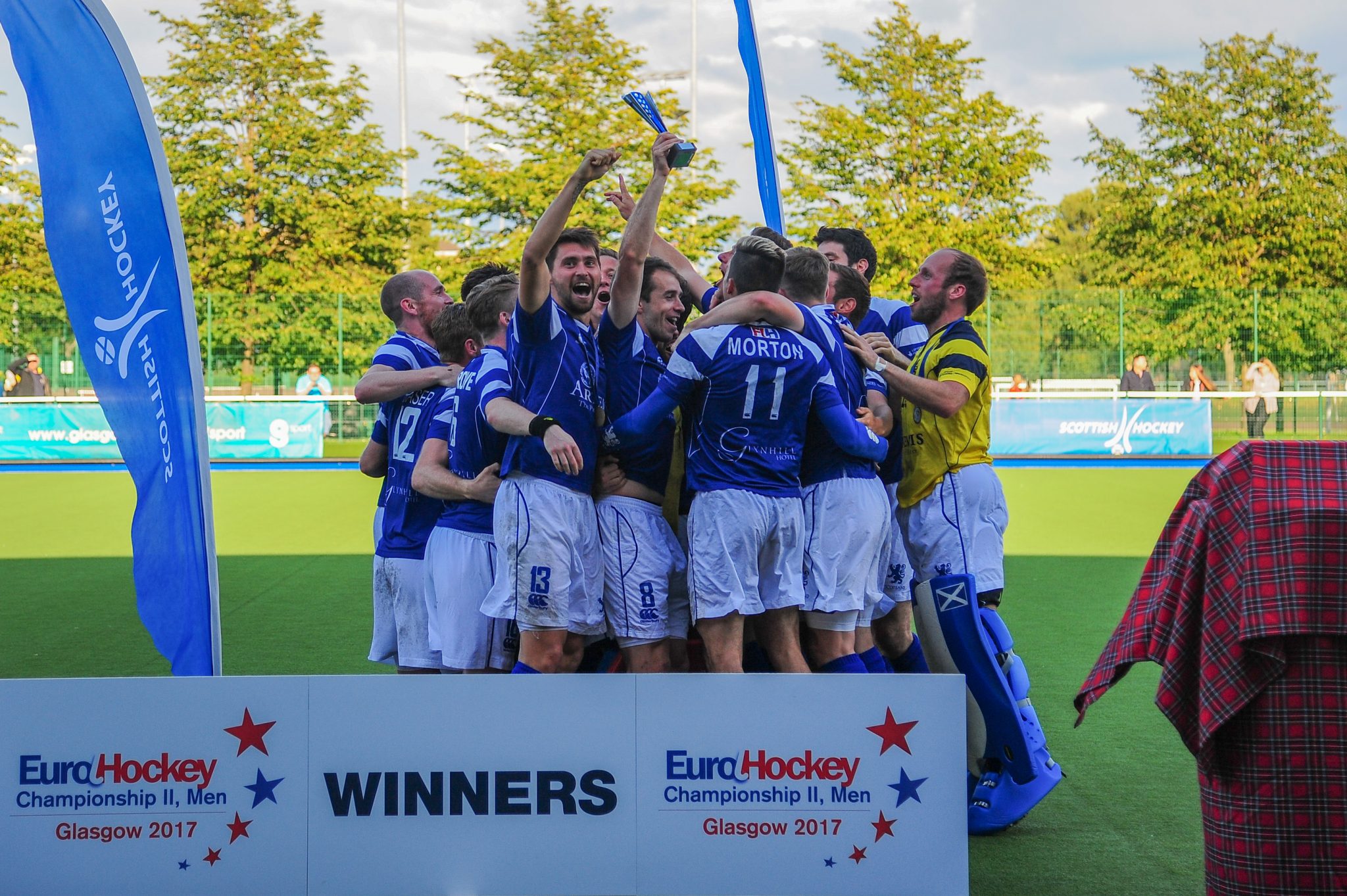 “We’re a team on an upward curve, we’re back up among the best teams in Europe and I think we deserve to be there,” said Grassick.

And with the news that Pakistan decided to use Glasgow as their venue for home games when the FIH Pro League starts next year, the hope is that the competition will also be added into the Blue Sticks’ programme.

“We are excited by that,” said Derek. “The teams coming in to play will be looking for friendlies, so it’s a chance of playing some of the top nations in the world.

“It’s a good learning experience and I am hoping it will be part of our programme.”