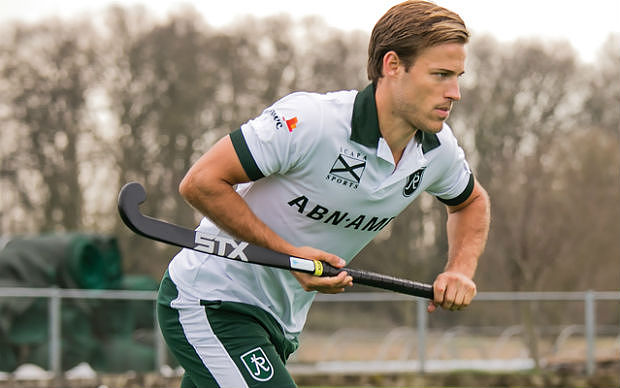 Dutchman Jeroen Hertzberger is no stranger to battling back from disappointments. At London 2012, he was omitted from Paul van Ass’ Olympic squad. After Rio 2016 and the Netherlands’ fourth place finish, the 32-year-old was again handed the chop.

But Hertzberger’s form this season has not gone unnoticed by Dutch coach Max Caldas, with the Hoofdklasse’s top scorer rewarded for his persistence with a return to the national squad.

“Jeroen called himself also a team player, but we used different definitions,” was Caldas’ views on his initial axe.

One of those definitions was his work outside the circle where, says Caldas, it was “difficult to play with him”.

Progress has undoubtedly been made in this area and a four-hour meeting with Hertzberger has changed Caldas’s perceptions as he looks ahead to the Champions Trophy in June and the year-end World Cup.

Hertzberger, who made his Dutch debut in 2007, said: “When Max invited me for an interview, I knew that there was a chance that he would ask me to join.

“Deep inside I have always been hoping for that. For the last year and a half, I have worked very hard to show that I belong to it.”

Hertzberger has been in prolific form this season. His 26 goals, including a hat-trick last week, has also propelled HC Rotterdam into the Euro Hockey League final 4 next month. On Sunday, he scored Rotterdam’s final equaliser in a 4-4 draw at HDM.

“We have worked with new players in the past year and we are satisfied with the growth that these players have gone through and we have started to score more field goals,” Caldas said.

“But we think there is still room for improvement. Jeroen is very goal oriented and if we choose him for the Champions Trophy or the World Cup, he can help us with that. He, like everyone else, has to fight for his place.”

It seems that Caldas is also keen to use Hertzberger as a secondary option alongside corner striker Mink van der Weerden.

“I spoke with Roelant Oltmans last, now coach of Pakistan’, Caldas told Dutch media. “It’s nice to have four corner specialists, but who is your number one? With us is that Van der Weerden and the rest is on a lower platform. We need to develop more corner specialists.”

The Rabobank Champions Trophy takes place between 23 June and 1 July in Breda.