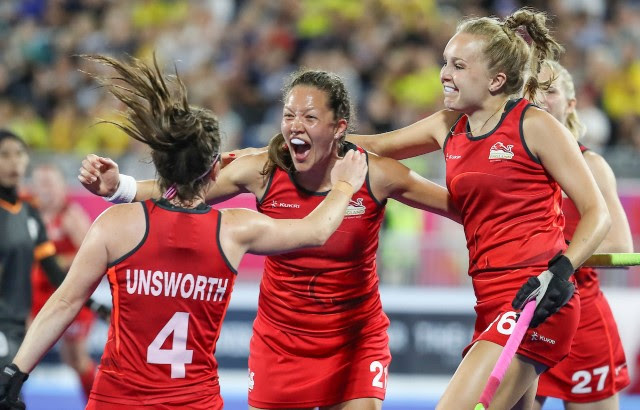 New Zealand and England confirmed their spots in the women’s semi-finals after drawing with Australia and beating Malaysia respectively on Monday. But the last four match-ups will yet prove the most decisive factor.

In the top of the table Pool B clash in the final game of the day, New Zealand and Australia drew 0-0.

Australia dominated the first half with 11 shots on goal to New Zealand’s one but the Black Sticks fought back in the second half with five shots on goal to the Hockeyroos’ one. Madison Doar had a great chance but flicked her shot over the goal with just the keeper to beat.

Australia are still favourites to advance from Pool B, with their last match against third-placed Scotland. The Scots need to score seven past the Hockeyroos to advance.

Scotland, who beat Ghana 5-0, are three points behind Australia.

A dominating England reached the last four by beating Malaysia 3-0 in Pool A with Ellie Watton scoring in the first half.

Malaysia goalkeeper Farah Yaha won the crowd over with some great saves, including a penalty on the last play of the game.

And South Africa kept its semi-final hopes alive with a 2-0 Pool A win over Wales putting them two points behind second-placed India. 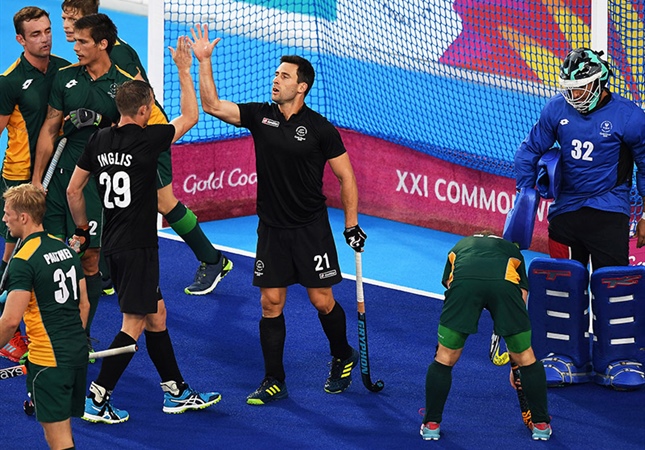 New Zealand and Australia lead Pool A with two wins from as many matches and another victory against Scotland and Canada respectively on Tuesday will cement a spot in Friday’s semifinals.

“We’re confident but we have seen them play and they play some very, very good hockey. We don’t know a lot about them, but it will be an interesting game. A lot is on the line,” he said.

In Pool B, England and India have destiny in their own hands.

Wins for them on Tuesday over Wales and Malaysia respectively will also put them through to the last four.

Meanwhile, in women’s pool play, India will play South Africa with a Pool A semi-final place on the line while Australia take on Scotland, with the Hockeyroos needing to avoid defeat by seven goals to advance to the last four.

The first game of day six will be a men’s Pool B match between India and Malaysia at 9:30am local.