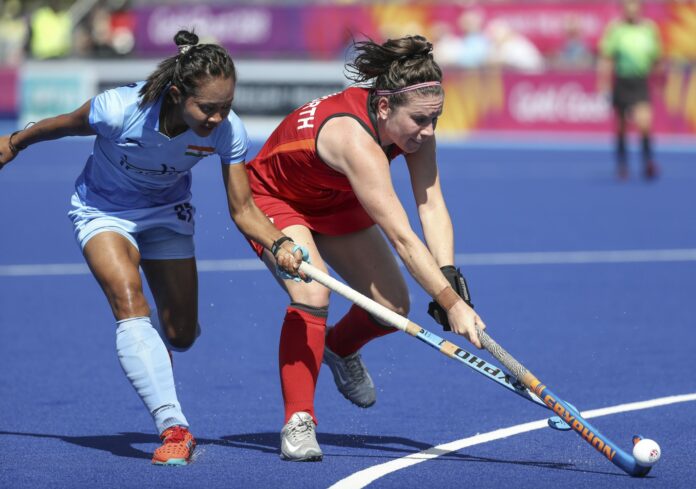 Gold Coast – As at Glasgow 2014, England women lost the third of their Pool matches on Sunday. Whereas Australia proved efficient in a 3-0 win, four years on at the Commonwealth Games and India pounced on England’s inefficiencies to record a surprising 2-1 win.

“Incredibly frustrated. We didn’t take out chances, we weren’t on it. It’s just not good enough, we’re much better than that,” Maddie Hinch told reporters afterwards.

“We need to put this anger and frustration into the Malaysia game because we can still top this Pool.”

They will likely do so with a win over Malaysia on Monday and with the quick turnaround, they won’t have time to mull over this defeat.

It had all started so well. Hollie Webb starting off another trademark move to Sophie Bray to Alex Danson, who netted after 35 seconds to go within a hat-trick of equalling the GB all-time goal-scoring record.

However, that’s where the fun stopped for England – and they couldn’t continue their attacking prowess and finish off India.

“We have to kill sides early and we’re not doing that at the moment,” added Hinch. “We haven’t go time to dwell on this now and we have to now focus on Malaysia.”

Second half goals from Navneet Kaur, who had plenty of time to strike through Hinch, and a Gurjit Kaur penalty stroke saw India come from behind.

In the last 10 minutes England found plenty of circle penetration – but couldn’t net.