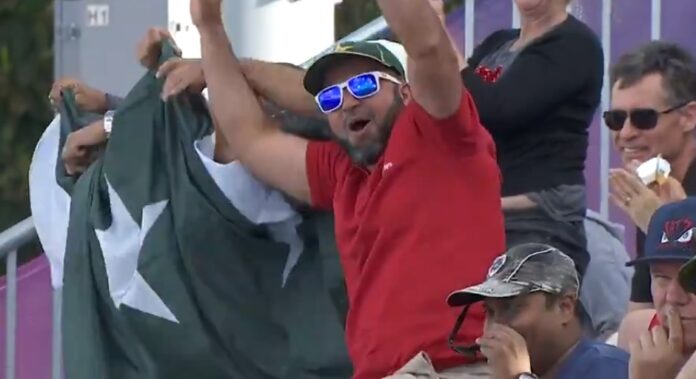 The Commonwealth Games pool encounter against the two old rivals was always going to have a fervent build up.

And the aftermath was no different as Pakistan scored with the final throw of the dice at the Gold Coast Hockey Centre.

As you can expect, there were plenty of repercussions in Asian media, not least surrounding the manner of Pakistan’s vital point during a last-gasp penalty corner scenario.

“And when you consider Pakistan has suffered six consecutive defeats to India in the last three years, the draw must have definitely felt like a win. And the way their bench ran on to the pitch to celebrate, neutrals could even be forgiven for thinking they have clinched a medal.”

The outlet then went on to suggest that Indian fans won’t forget Nel Dion, the South African video umpire, in a hurry.

“Across TV sets and even on the ground, the decision was unanimous — that the ball didn’t touch Rupinder Pal Singh’s or Gurinder’s feet, but two penalty corners were awarded, though Singapore umpire Lim Hong Zhen didn’t blow for even one.

“So Pakistan had every right to check with the video umpire, but Dion saw something that the world missed, though he saw the same angles on TV.

AS ESPN suggested, hockey’s rules vary “according to the tournament and the rules for the Gold Coast Commonwealth Games say the video umpire got it right. Article 5.3 of Appendix 9 of the tournament rules advises the match officials to take into account any “breach of the rules observed” in the course of a team referral – essentially meaning that, while looking at the specific infringement being investigated, the video umpires can take into account any other infringement they may notice. The replay showed what looked like a stick check on Ali Shan inside the circle so the umpire, while looking for a foot inside the circle, might have spotted this and upheld the referral.”

According to India Today “India would have lost by a big margin had it not been for Sreejesh’s outstanding goalkeeping. He saved at least 5 to 6 shots on target from Pakistan throughout the match”.

Indian readers of Pakistan daily Dawn would have turned away in the irony of the situation. The paper’s intro began:

“When is a draw a win? The video referral that led to the penalty corner was contentious and the mainly pro-Indian crowd was quick to voice its disappointment.

🇵🇰 #Pakistan score a penalty corner AFTER time expires to earn a 2-2 draw against 🇮🇳 #India. What a rocket 🚀#7CommGames #GC2018 pic.twitter.com/3cTAopAgX2

“But not Pakistan coach Roelant Oltmans, who gave a wry smile when asked how it felt to beat a team he previously coached.”

Meanwhile in The First Post, India coach Sjoerd Marijne said he found it hard to recognise the team he has been coaching while watching it squander lead and settle for a frustrating 2-2 draw against a lackadaisical Pakistan in the Commonwealth Games.

“Today, I didn’t recognise the team I have been coaching for the last five months,” a livid Marijne said.