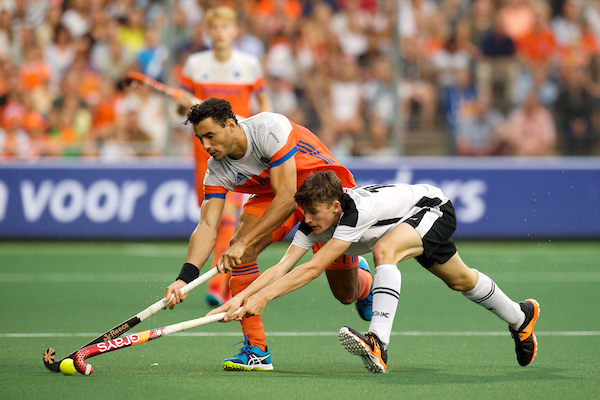 Perth – When news broke of the lengthy suspensions for Australian cricket’s disgraced ball tampering trio, it was surprising to hear respected English cricket pundit Simon Hughes criticise Cricket Australia for being too willing to appease a media and a public baying for blood.

Hughes seemed to lean closer to the far more matter-of-fact sanctions imposed by the International Cricket Council which had suspended Smith for just one game, had made Bancroft cough up 75 per cent of his match fee and let Warner off.

Although I’ve never been a cricketer, I know plenty and have followed the game all my life. A mate who played A grade club cricket in the roasting outfields of Perth for decades maintains that he and his teammates never once didn’t try to tamper the ball, including one great story of them microwaving it while the umpires weren’t looking.

Grading ball tampering as a Level Two (of four) offence tells us that cricket has a softer view on what many on the outside simply see as blatant cheating. If you really want to knock something out of the game, you surely hit it with more than a feather duster.

While Hughes is right to question the motivations behind Cricket Australia’s response, he is, I hope, also underestimating the Australian attitude towards cheating. This dreadful episode will do nothing to convince people that we aren’t a “win at all costs” nation. But the reality is that fairness is ingrained in Australian culture and the proof is in the local language.

Australia is, after all, built on the principle of being fair dinkum – honest or genuine – and is where all people are entitled to a “fair crack of the whip”. Australians will demand that “fair’s fair” if something doesn’t smell quite right but will put up with the rough end of the stick as long as it is deemed to be “fair enough”. Our convict past probably explains why we’ll accept punishment that is “hard but fair” and that also gives you an idea of why the same principles apply to the sporting field.

On face value, Cricket Australia’s swift action to hit the guilty parties with heavy sanctions sits with the national sentiment. The question is whether their response is harsh but fair or just plain opportunistic. For an organisation that has been milking every dollar is can out of the Australian sporting public for the last few decades, it seems all too convenient to blame all of this on just three bad apples, particularly when it seems implausible that it could be so few. Many banks I recall also tried to quickly blame their self-inflicted financial crisis on a few number of rogue traders.

The best article I’ve seen about this disastrous turn of events has been by Dr Peter Brukner, the internationally respected Australian sports medic, which featured in last week’s Sydney Morning Herald. Apart from a stint looking after us hypochondriac hockey players, Brukner has also been chief medic for Australian Olympic teams, Liverpool FC, the Socceroos and most recently had five years with the Australian Cricket Team. Not only does he know Steve Smith and David Warner but he also knows the world they live in. A world that he says has much to answer for.

Brukner’s concerns are based around two simple observations. First, he assures us that while these the players involved are guilty and deserve hefty punishment, they are not, Warner included, evil villains. Second, whereas the plot to tamper with the ball was disgraceful, the plan to do it with brightly coloured sandpaper in front of 30 cameras was just a lesson in utter stupidity.

As a combination, Brukner argues, these two points are hard to reconcile. Normally decent (even Warner), patriotic, professional sports people suddenly making decisions with a virtually certain outcome of causing catastrophic damage to their personal and national reputations, is not the product of people who are thinking anywhere near straight.

Brukner then points to the pressures that cricketers are under with the intensity of Test matches combined with the isolation of hotel life and lengthy absence from loved ones. Don’t forget that just as the Australian players were self-destructing at the beginning of April, the English team was only just returning from a winless tour of Australia and New Zealand that started in November. Although nowhere near in the same ball-park, it seems an age that head-butting and beer pouring dominated the headlines.

But whilst cricketers might win the frequent flyer award, you do have to wonder if all sports, hockey included, are pushing their athletes closer to breaking points as the thirst for competition and exposure increases. England’s rugby union team has come crashing back to earth after a meteoric two years and the talk from many pundits is that the players are simply exhausted. For these guys, the equivalent of the cricketer’s travel is the physical wear and tear and mental grind required to keep their bodies on the pitch, relentlessly turning out for their clubs and country.

Which brings us to the Hockey Pro League, slated for a January start which will see the top international sides travel the globe from January to June and where the pressures on our top stars will only heighten. The sport’s elite will be entering new territory on the body and mind. And if playing to pay for your own supper isn’t enough, don’t forget that these players are often saddled with the extra responsibility of achieving the results required to maintain the sport’s entire level of government funding.

Another level of pressure unique to hockey and other athletes in the government-funded, non-professional sports comes towards the end of careers and into retirement. As tough as it is for the cricketers, they at least have the benefit of being able to buy a house if they want to.

So too the rugby players and footballers who have the added bonus of their club-based lives allowing them to maintain relatively normal relationships, including being a parent, if they want.

In hockey, that sort of independent personal and financial progression is almost always put on hold. Instead we so often see proud parents and families happy to provide support to their children and siblings long after others would have made their way into normal adult life.

Of course, the high points provide everyone who has sacrificed so much with a lovely reward, but for many players, there comes a time when they realise how much they owe the people around them and how much time and opportunity to prepare for life after hockey they’ve lost. Time which can’t be replaced.

Dealing with this pressure is usually about locking the inevitable problem in a cupboard in the back of the mind, only to be opened when the business of trying to win that elusive cup or medal is over. There are, it must be said, excellent support and guidance programs provided to players but these will always struggle against the time and focus that training, travel and competition require. The cupboard out the back is a much simpler and easier option.

In recent times, the likes of Simon Orchard and Paul Gleghorne have been willing to share their experience of the challenges they face in life and sport dealing with mental health issues.

Sadly, we also hear far too often of current and former athletes for whom the hurdles have just been too high for them to go on. What this ball tampering fiasco tells us loud and clear is that if the pressure increases then so too does the risk for bad decisions; whether that be on field cheating or what people put into their bodies to make them work or feel better.

Let’s just hope hockey is ready and waiting to listen to our players if we start pushing them too far, like it seems other sports might not be.

Read Todd’s columns every week at The Hockey Paper