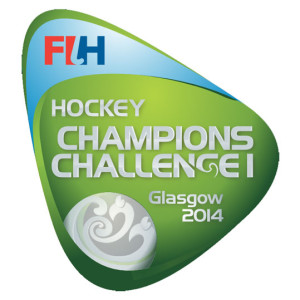 The USA have won the women’s Champions Challenge final 3-1 against Ireland.

Underdogs Ireland made the tenth-ranked USA team work for 70 minutes to earn their gold medal. Two penalty corner goals and a superb open-play goal from player of the match Paige Selenski gave the Americans their berth to the 2016 Champions Trophy event that will feature only six teams.

Ireland came out of the gates fearless to catch the USA on their heels in the third minute of play. Ireland’s resulting penalty corner play involved allowing the ball to come all the way outside of the five-metre dashed area and therefore allowing Megan Frazer’s ensuing shot to be high. Emma Smyth brilliantly deflected the ball in mid-air and gave Ireland the go-ahead goal.

USA struggled to pull it together, testing Irish keeper Emma Gray only once in the opening 15 minutes thanks to a back-hand attempt from Jill Witmer. Ireland showed grit in their compact defence quarter-backed by skipper Frazer who was cleaning up all kinds of USA attack on the circle’s perimeter.

In the 25th minute, forward Melissa Gonzalez was first to a cross, one-timing a back-hand shot that went high and wide but just like in the other end of the pitch, Selenski showed tremendous three-dimensional skill to keep the ball in play. Selenski batted the ball down and across the goal from overhead and, while falling, knocked the ball past Gray for the 2-1 USA lead. The 2-1 tilt remained entering half time.

Despite the USA dominating most of the possession Ireland did not go down without a fight, earning their second corner of the game in the opening minutes of the second half. Unable to convert, the USA were quick to earn their own corner attempt thanks to the speed of Katie O’Donnell. The shifty co-captain was the beneficiary of her own hard work, patiently putting in the rebound of Caroline Nichol’s sweep on goal to lift the Americans up 3-1.

Ireland continued to stymie the American waves of pressure resulting in the USA having to serve back-to-back yellow cards for sloppy infractions. Despite being down two players, the red, blue and white continued to show their fitness and strength, running the Irish defence.

Both teams showed relentless pursuit until the final whistle but tough defence by captains Lauren Crandall and Frazer in their respective ends really kept the game in check. The USA showed their experience, killing time in the corner of the pitch for the remaining two minutes of the game to capture a 3-1 win and ultimately, a berth to the prestigious Champions Trophy event in 2016.

“I am delighted with the way we played tonight,” said Craig Parnham, head coach of the gold-medallists. “We started off a bit slowly and put ourselves in difficulty early on but came back and had a good result in the end. We have a great group of players with good attitude, good spirit and grit and determination – with that you can get a lot done.”

The final placings were: