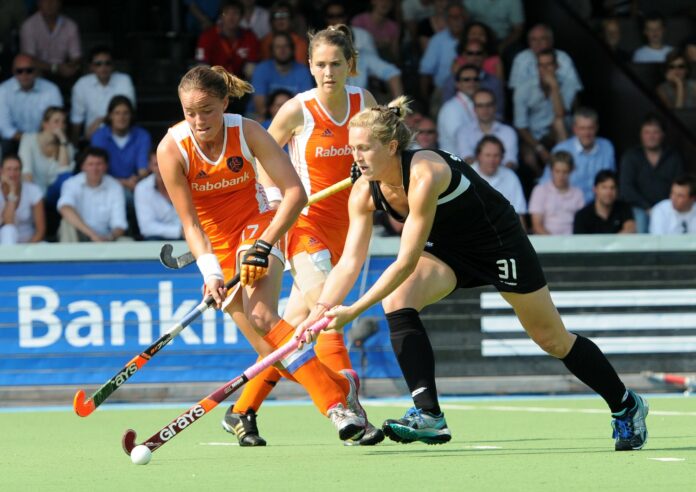 Black Sticks women’s head coach Mark Hager has announced a mix of experience and youth in New Zealand’s team to compete at the hockey World Cup in The Hague.

The team of 18 contains three players with more than 200 test caps and four with more than 100 caps, alongside four 19-year-olds who will play at the tournament from May 31 to June 15.

Kayla Whitelock captains the side with support from other experienced players like Emily Naylor, Krystal Forgesson, Gemma Flynn and Anita Punt.

Hager said competition for spots in the team was very strong and the selectors were pleased with the final team.

“It’s a very versatile team. We believe we’ve got a good mix of youth and experience within the group and a team that can play various positions, so if we get injuries we can cover them pretty easily,” Hager said.

“We think we’ve got the right balance, all 18 girls deserve their spots and I know they are very excited.”

The World Cup team is also bolstered by the inclusion of striker Katie Glynn and midfielder/defender Stacey Michelsen, who both missed much of the past 12 months with serious knee injuries.

Michelsen played well throughout the recent Hawke’s Bay Festival of Hockey, while Glynn has been training hard in recovery from a torn ACL which she suffered in last year’s Ford National Hockey League.

Whitelock said it was a huge bonus to have Glynn and Michelsen back at full strength, as well as Forgesson who has also been injured.

“It’s awesome to have those girls back. Katie leads the girls up front, talks well to the others and gets them connected and of course can get the ball in the back of the net,” she said.

“Stacey is very skilful and can break the line so sets up a lot of attack for us down that side and adds a lot to our game.

“We’re shaping up well and are all looking forward to getting over to the World Cup. I played club hockey in The Hague so I’m pretty excited to play in front of their crowds, it’s going to be huge.”

The Black Sticks Women leave New Zealand on May 18 en route to Netherlands, where they will base themselves for a week of training before moving into The Hague four days before the tournament begins.

Their opening game is against Belgium on Saturday May 31

CLICK HERE for the full video interview with Mark Hager

CLICK HERE for the full video interview with Kayla Whitelock