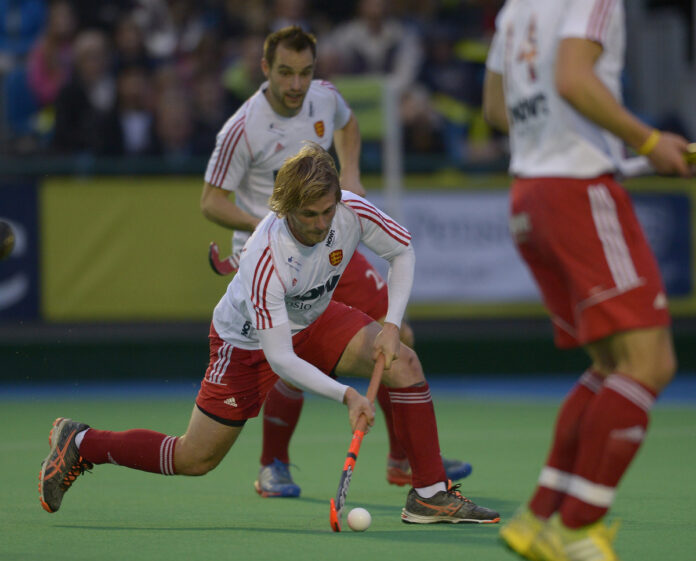 Trailing 3-0 with 20 minutes left, England hit back to salvage a draw against the Netherlands in Delft on Saturday.

“I felt we had a very sluggish first half, despite forcing a corner in the very first minute we were very second rate for the remainder of the half,” said England coach Bobby Crutchley.

“However, I was pleased with the big improvement in our ball retention in the second half and the resilience that we showed to claw our way back into the game in the last ten minutes.”

Goalkeeper George Pinner made a couple of great saves from early penalty corners to keep England in the game, but Constantine Jonker finally managed to pull Holland level from open play on 22 minutes.

Two minutes after half time they doubled their lead with another field goal through Seve Van Ass, and a third followed ten minutes later from Valentine Verga as the Dutch piled on the pressure.

However, England kept their nerve and just three minutes later had narrowed the deficit with Simon Mantell scoring from close range after two shots had been batted out by the Dutch goalkeeper.

On 63 minutes the Dutch were defending a penalty corner with just three players back, and Ashley Jackson was felled in possession before getting up to confidently send home the resulting penalty stroke.

And with seconds remaining England broke down the right, and a Dutch foot ensured they were awarded a penalty corner which Jackson netted with the final flick of the game.

After an uncapped match against the Netherlands on Monday the men will travel back to England before heading out to Dusseldorf, Germany for another Four Nations invitational tournament. They’ll be facing the Netherlands again along with Belgium and Germany in their last tournament before the World Cup which begins on May 31.

Women’s Hockey World Cup 2022: fixtures, results, matches and how to watch on TV