Hockey’s penalty corner takers: the rest vs the best 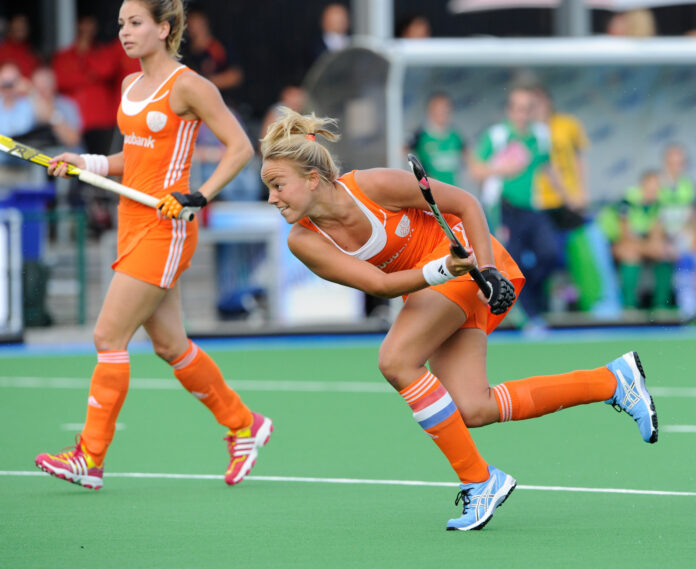 Paumen has been the dominant corner force in women’s hockey since the 2008 Olympic Games when she led the scoring with 11 PCs. At that tournament, she added an Olympic gold to the World Cup gold she won with the Netherlands as a 20-year-old in 2006. Paumen also top scored in the 2010 World Cup getting 11 PCs and one stroke. The Dutchwoman only scored three in the 2012 Olympic Games but one of them was the coup-de-grace to finish off Argentina 2-0 in the final.

Coach Max Caldas has made the Dutch far less dependent on corners since 2010 but Paumen remains streets ahead of the rest in terms of technique and delivery of the ‘sleeppush’.

Characteristics: Paumen’s is the technique to copy  and she has an icy temperament to match. Has the best ball speed, best disguise and best placement in the women’s game.

Barrionuevo versus Maartje Paumen was very much the story of penalty corners at the 2010 World Cup. The Argentinian did gain the kudos of breaking the net with a PC in Rosario and also picked up a gold medal to Paumen’s silver. But The Argentine never seemed to regain her mojo after the FIH banned some of the more radical twisted bow designs in 2011 and has become a steady rather than prolific scorer.

Characteristics: More muscular and less fluid than Paumen, she can still be brilliant on her day.

After truly appalling corners in the 2010 World Cup, a cry of ‘find a corner flicker’ rang out through the land. True to form the ‘Lucky Country’ turned up two in Jody Kenny (nee Schultz) and Anna Flanagan.

There is very little between the two to be honest and they are both the only true pretenders to Paumen’s crown. But midfielder ‘Flanno’ is going to get plenty of attention anyway, so we vote Kenny.

Quality drag-flickers don’t fall out of the sky – sometimes you have to grow your own. The Black Sticks corners were useful rather than world class at London 2012 and they have been working hard since. Speedster Anita Punt now has what it takes to make an impact in the Hague.

Characteristics: Those fast-twitch muscles that make Punt a national-class sprinter produce a speedy, high ball, and she has the advantage that few goalies have seen her yet.