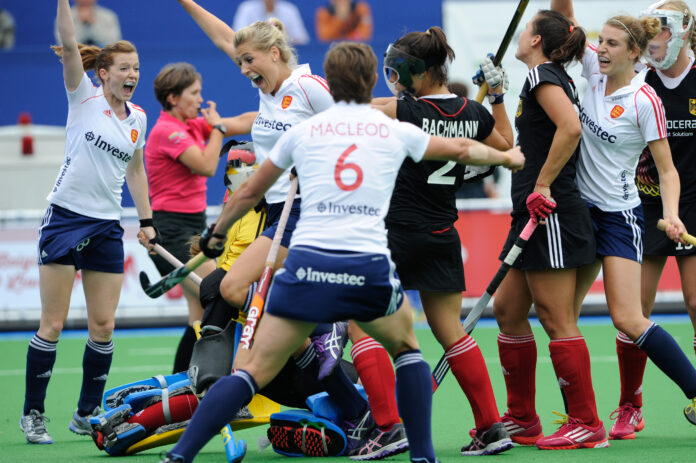 England and Argentina will be bitterly disappointed if they do not make the semi-finals from this group. Germany are the other big semi-final threat – and they should not be underestimated. They finished seventh in the World League finals in December, but that everyone-gets-to-the-quarter-finals format can produce deceptive rankings. Germany took eventual silver medallists Australia to a shootout in the quarters after a 1-1 draw.

The big question mark over Germany is preparation. The Bundesliga finals are not until the first weekend of May, leaving precious little time for World Cup training.

Germany have traditionally done well in late-summer tournaments thanks to their competitive league and a learn-as-we-play approach. But having the World Cup so early in the year could really hit them hard.

If Germany are underdone, from a purist point of view it will be a shame. Germany have been playing some enterprising attacking hockey under coach Jamilon Mülders. They won the European championships for what was surprisingly only the second time ever in 2013, defeating England in a shootout after an exciting 4-4 draw. Lea Stöckel, who turns 20 a month before the World Cup, looked an exciting midfield/forward prospect in the Euros and in the World League – we hope to see her in the Hague.

Mülders is combining youngsters like Stöckel with solid old-hands like the gobby Tina Bachmann to produce a really decent hockey side. However with England, USA and China in full-time training and Argentina and China smashing it up with tough southern hemisphere tours in the spring – Germany might struggle to gain any sort of momentum in this tournament.

We expect a big improvement from the USA as former GB assistant coach Craig Parnham moulds the side. China have looked more enterprising of late, although they still rely on getting a small lead, then defending out games.

South Africa’s big problem has been stringing together any sort of consistency in a major tournament.

These trans-Tasman clashes don’t always produce the best hockey – but it is always a real scrap. The USA were the only side, apart from the Netherlands, to beat Argentina at London 2012. They consistently play above their world ranking when playing the defending World Cup holders and Olympic silver medallists.

This clash between the world’s number two and three sides is one of the eye-catchers of the first week of the tournament. There has been little to separate England (or GB) and Argentina since their epic clash in the World Cup pool stage in 2010. Argentina won that game 2-0, scoring a 67th minute goal as England pushed for an equaliser. The winner in 2014 could well book themselves a semi-final place.

One of hockey’s great rivalries has been refreshed of late with Germany’s pipping of England for European gold in a shootout last summer. If this pool goes with the rankings, this game will be a semi-final decider. It is a shame this match is during the afternoon but, with the semi-final hopes of at least one of these sides on the line, book the meeting room at work for a ‘videoconference’.