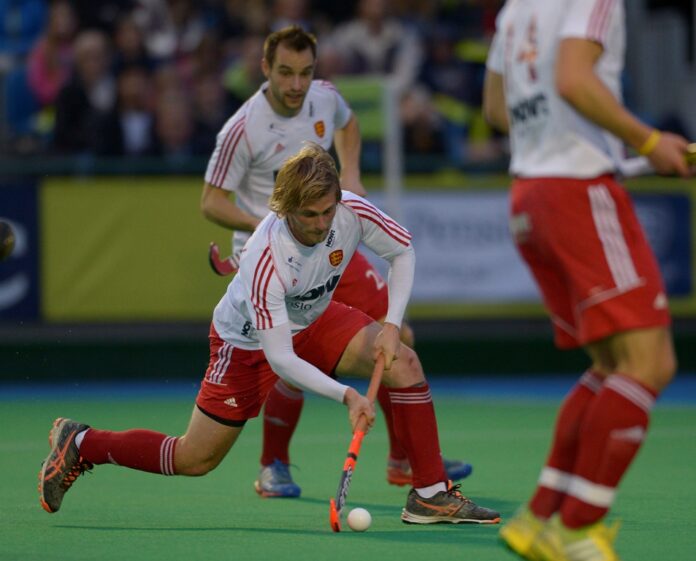 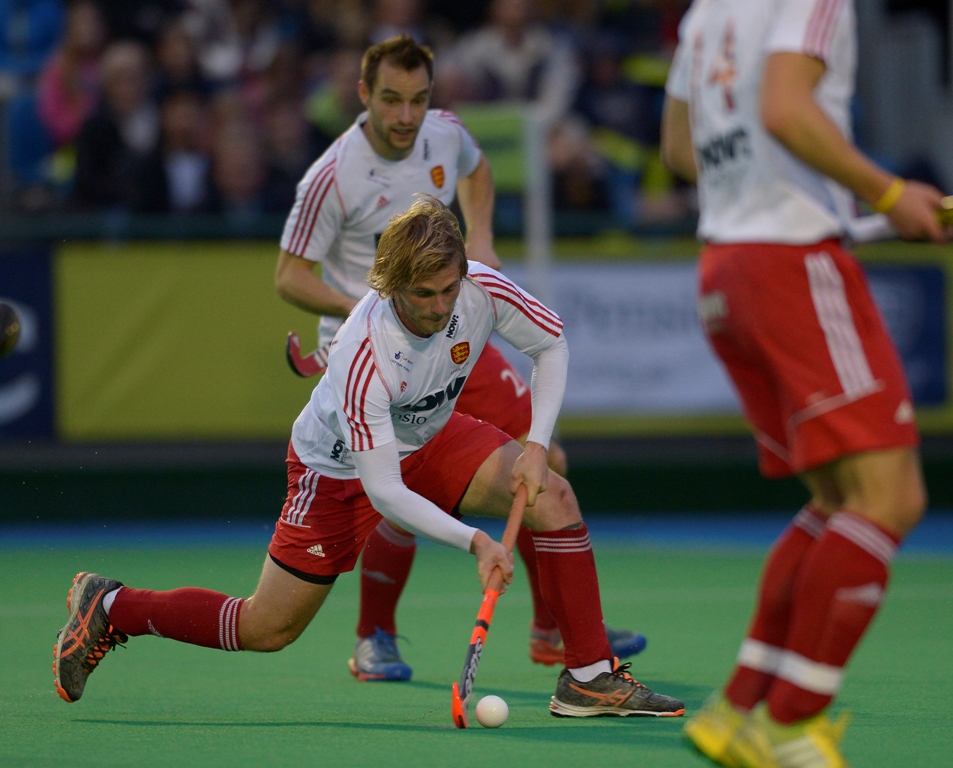 The Hockey Paper looks back to England’s campaigns at the 2014 tournament in The Hague, which saw the men finish just outside the medals following a controversial ending

Where next for England? In the wake of the men’s fourth-place finish and the women’s 11th, both sides have suffered a drop in their world rankings.

That is not disastrous in itself but dropping outside the top four – the men are now five, the women six – does make for slightly more difficult draws in future tournaments. A bigger question is whether both sides have now peaked?

Starting with the men. Their fourth-place finish in the Hague after a 2-0 loss to Argentina was heartbreaking. But, aside from one poor performance against a rampant Australia, losing 5-0, they played well for much of the tournament. Their highlight was the 3-2 defeat of Belgium in what was effectively a quarter-final.

That game and the subsequent 1-0 semi-final loss to the Netherlands highlights this particular side’s strength and weaknesses. England’s defence was one of the best in the Hague, but they were often under pressure through failure to hold possession for long enough, compounded by poor conversion of chances.

The second-half of the Belgium game – which was 1-1 at half time – was the exception to this as England managed to out-play and out-posess Belgium for much of the half, despite all the pressure they had had to endure in the first period.

That shows the potential is there, but it will take time. The post-2012 losses from the forward/midfield line of Matt Daly, Jonty Clarke, Rob Moore, James Tindall and Iain Mackay were always going to take time to replace. And coach Bobby Crutchley, an international forward himself, knows that the capability to create and take chances is one of the hardest things to develop.

Much of the creative responsibility now falls on Barry Middleton and Ashley Jackson. Fortunately, they are both playing some of the best hockey of their careers. Both had superb tournaments and one can only speculate how good Jackson might have been if he hadn’t picked up a shoulder injury in a warm-up test against Australia.

That ‘Bashley’ pairing does however need some help. Simon Mantell remains the most dangerous of the forwards. But aged 30, and with a career in finance beckoning, he may not be around for much longer. An injury-free Mark Gleghorne is starting to threaten again, but after that there is work to be done.

League top-scorer, Beeston’s Sam Ward, has been brought into the programme, but Crutchley says he will need a lot of work to bring him up to international performance levels. Ward is a top lad and we wish him well, but to some extent he illustrates a structural problem in UK hockey – the incoming raw material to our international programme takes a long time to develop.

Our junior international men’s teams consistently under perform those of our big rivals – Australia, Germany, Belgium, Netherlands, even Spain. We are then playing catch-up trying to develop players into international athletes before the demands of other careers or just age take their toll.

That is a longer-term issue that must be addressed, but, for the immediate future, there is a lot to like about this England men’s side. A solid defence is a great place to start. They will have better tournaments in front of goal and, with a home European championship in 2015, they have plenty to look forward to.

England men put in an official protest following their 2-0 men’s bronze-medal game loss to Argentina, after it emerged the winners had fielded 12 players for 2mins 36secs while the score was 0-0.

Of particular concern was that Argentina had withdrawn the extra player and not come clean with the technical table. If they had owned up, Argentina would have been reduced to 10 players for a period of the game when they actually scored both their goals.

The International Hockey Federation (FIH) ruled the infringement was unintentional and the result would stand, while commending England for their sportsmanship in what was a relatively low-key official protest.

The FIH imposed a one-match suspension on Argentina’s captain Lucas Rey which will take effect at the next world-level event.

England Hockey chairman and head of delegation for England at the World Cup, Philip Kimberley, said, “It is most regrettable that we have been placed in this position, but we believed it was appropriate to invoke the process that exists for these situations. We feel it is important that the facts are in the public domain and to ensure that the management of games is tightened up to avoid a repetition of this situation.

“Following discussion with the management team, we owed it to the players to make this protest as we strongly feel that the game was materially affected.”

Analysing England women’s performance represents a whole different proposition. The starting point is they were dreadful. Or perhaps, more fairly – they started slowly, were ambushed in the first game and then just spiralled downwards.

The descent to the 11th-12th game from a bronze medal four years ago seems even more bizarre given that the women’s programme seems to be in quite a strong place at the moment. The junior results are better than the men (although not great), and the combination of national league, Single System, schools and universities seem to be delivering inputs to the national programme that are closer to the finished product than is happening with the men.

Going into the Hague third-ranked, England were generally seen as a side with some capable young players, a decent track record in the World League (bronze) and potential medal contenders.

It’s tempting to grasp at individual moments which might have revived the flagging confidence early enough to matter. Lily Owsley hitting both posts in the second game, against China, with the scores at 0-0, springs to mind. England went on to lose 3-0 and their World Cup was over.

But it’s more thought-provoking to consider why confidence was already so fragile after the surprise 2-1 loss to the brilliantly prepared USA side? England, after all, had a core of eight Olympic bronze medallists in their team. None of that cohort, with the possible exception of Ashleigh Ball, would have gone home happy with their personal performances (although Ball is now sadly sidelined for up to a year with a serious knee injury). 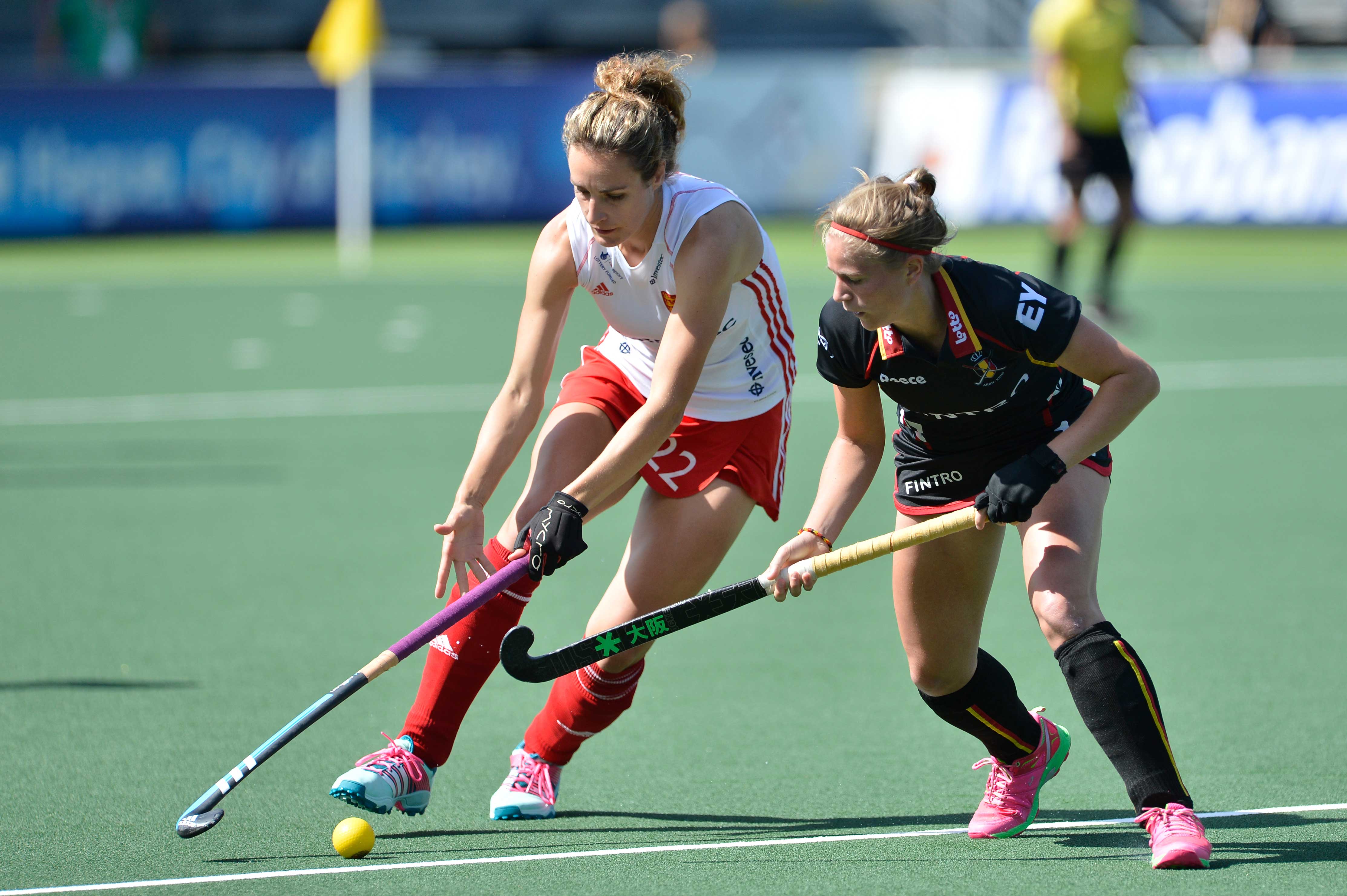 When teams under perform it’s tempting to grasp at explanations centring around personalities and division but the honest truth is we don’t know. H. L. Mencken’s axiom ‘For every complex problem there is an answer that is clear, simple, and wrong’ springs to mind.

In pure hard facts, England turned up to a major tournament with ineffective corners, something that seems inexplicable when athletes are in full-time training. Kate Richardson-Walsh has always been a reasonable corner option, but not a first choice international drag-flicker. In the absence of that rare commodity, corners can still be dangerous – as the USA demonstrated throughout the World Cup. And while PCs aren’t everything but they do bail you out when other things aren’t quite happening as they should.

Richardson-Walsh herself had a competent tournament in defence rather than her usual dominant one. She says her announcement, pre-World Cup, that this would be her final year in international hockey did not affect team performance. And we have to take her world on that. She was also distraught at the non-selection of her partner Helen Richardson-Walsh for the Hague. The latter had a back operation early in the year, made it back onto the field ahead of the World Cup, but was not in the final 18.

Selection decisions can always be second-guessed. But the coaching staff know better than anyone what a vital role Helen Richardson-Walsh has played in England teams for more than a decade – Their decision would have been based only on what they thought she could contribute in Holland.

Moving the focus away from individuals, however, it is important to point out that in a strange sort of way there was far more external pressure on this World Cup side than there was on the GB Olympic squad of two years ago.

Hockey at the Olympics is big, but it is one of many. In the run-up to and during the Hague there seemed to be far more media focus on this women’s side than there had been in London. Pre-tournament TV appearances, interviews and the ever-present chip-chip of social media abounded. Then all the games were on Sky and there were some ruthless post-match dissections.

From the outside, it all seemed more intense than two years ago. It might have looked different from within the fishbowl, but add in the high expectations and relatively inexperienced team and it could have felt quite warm in there.

Performance, along with participation, is a pillar of England Hockey funding and it has a key influence on the third pillar – sponsorship. That is an entirely good thing – if problems aren’t fixed, in the end everbody loses. That, at least, gives confidence that any short-term issues that may have affected the World Cup will be frankly and fully addressed, albeit internally.

One year to go, India take own steps towards men’s Hockey World Cup