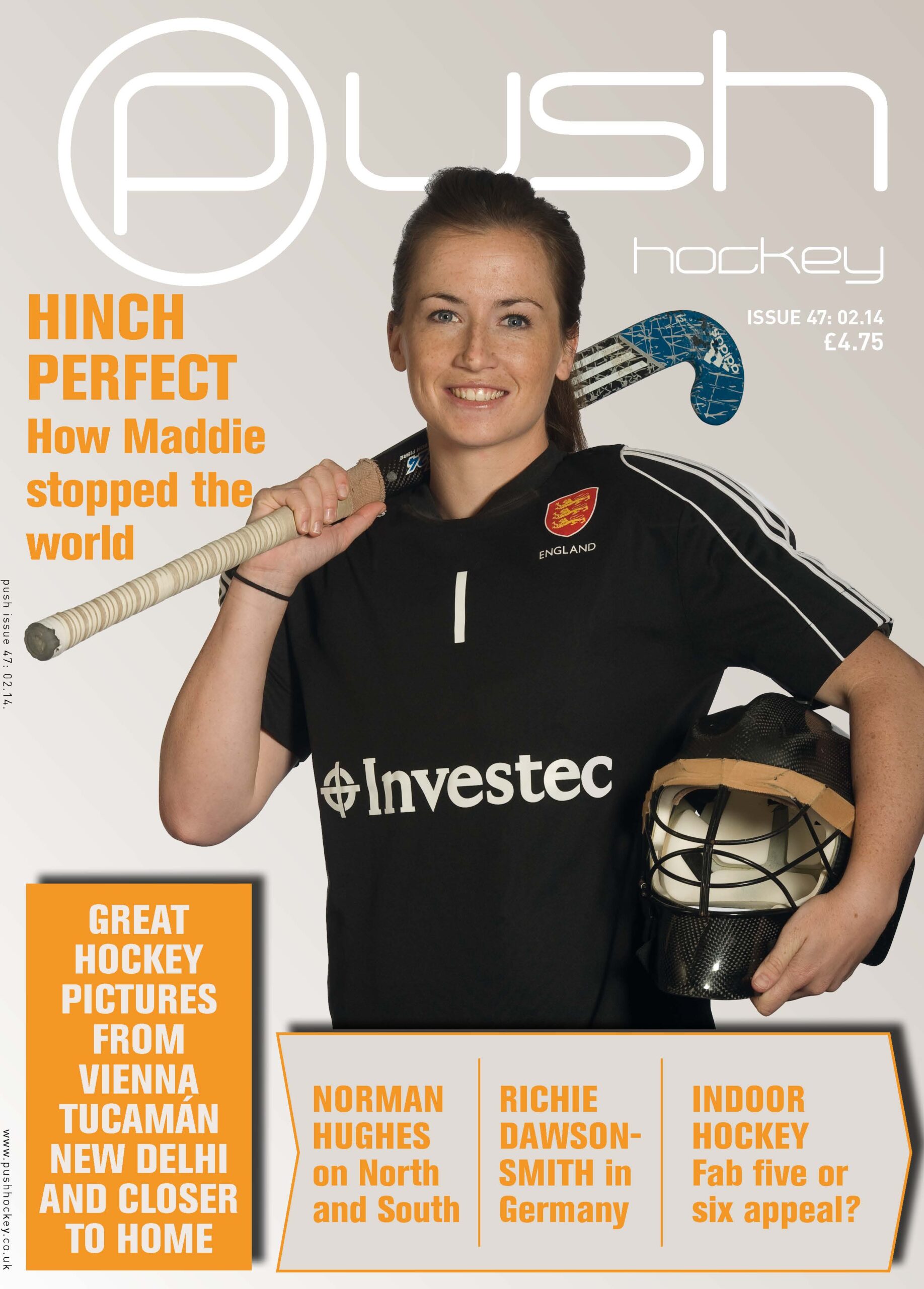 England’s number one goalkeeper talks frankly about adjusting to international hockey and why she prefers ‘shuffles’ [we hate that word by the way!] to penalty strokes.

Our iconoclasts in residence take on issues such as indoor rule changes, the goalkeeping gene, the cost of European competition to clubs and bouncebackability.

A bumper Planet Hockey section covers Hockey in the Gulf state of Oman; Richie Dawson-Smith on improving his hockey in the Bundesliga; Have the Wembley indoor finals lost their six appeal?; League news; Great pictures from England’s medals in India and Argentina; Junior World Cup; the indoor European Championships

We also talk to GB great Norman Hughes who resisted pressure to move south during his international career and has now been at Wakefield Hockey Club for 40 years.

If you are looking to add some finishing touches to your game preparation we continue our series of exercises that will help get your body ready for hockey.

Sarah Murray is also back to help you fine-tune your mental preparation. If you have a ‘big game’ ahead and you get are likely to get nervous, she explains how that can actually boost, rather than inhibit your performance.

Kit Monkey has been looking around at shin pads – so why not have a think about whether the ones you are weraing are up to the job before you get smashed?

Thanks as ever to all the contributors, advertisers and above all subscribers who keep making Push happen. And if you don’t already subscribe to our print magazine, why not? There is a great hockey year ahead with the World Cup in May/June, the Commonwealth Games in July/August plus two international tournaments in England and a Champions Challenge in  Scotland.

All the details of our subscription offers can be found here.