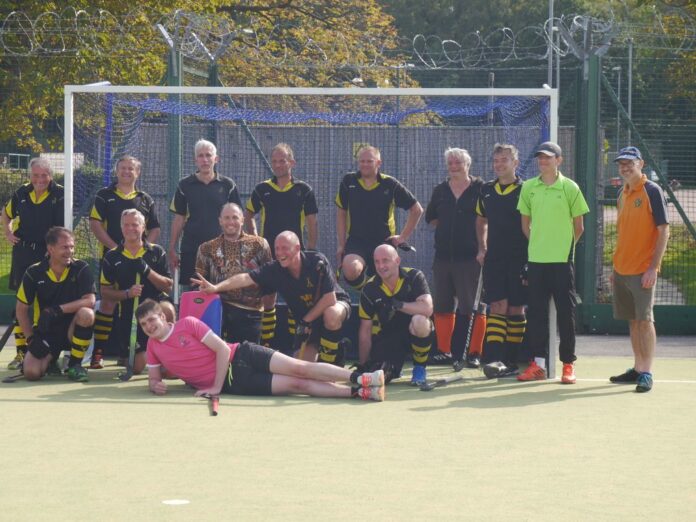 Warlocks Vets HC need more 60+ social tourers to join its team at the Eburons Vets event in Brussels this month.

Warlocks were started in 1989 by Mike Booth as an invitation club, with the objective of attracting players who had played at representative level, both regionally and nationally.

The Warlocks constitution stated clearly that it should participate in Veteran Festivals, Tournaments and Tours and Mike founded the club after a lifetime in national and regional hockey

Warlocks play most Sundays against other Vets 60+ social teams, including Trojans, OC’s, Epsom, Puritans, LX, Alliance, Handbags, Guildford, but recently realised that it had to recruit younger Vets if it was to survive and equally it saw that there is a need for more social hockey as older players are increasingly turning away from Saturday hockey if there isn’t a Vets team in their club.

It has currently reorganised itself and is in the process of developing a younger 45+ team, under the captaincy of Alex Miller, of Basingstoke HC.

The regular 60+ Team, says the Vets, continues “under the captaincy of Mr. Consistency – M. Dave Cramer, who, regardless of opposition, just grinds out those wins.”

Meanwhile Warlocks stalwart, Nigel Dean, has started a 35+ women’s team captained by Jolene Burder, Hamble 1’s goalkeeper. In a very short period of time, it has grown to around 30 players.

From playing tournaments all over the world, including Malaysia, Prague, Utrecht and Ireland in various tours in the late 90’s and early 2000’s, the Warlocks were known for their ability to play hard, both on the pitch, and in the bar, and whilst the club has not toured for a while, this year they are participating at the Eburons Vets Tourney, May 26 to 28, being held at the Royal Racing Club de Bruxelles.