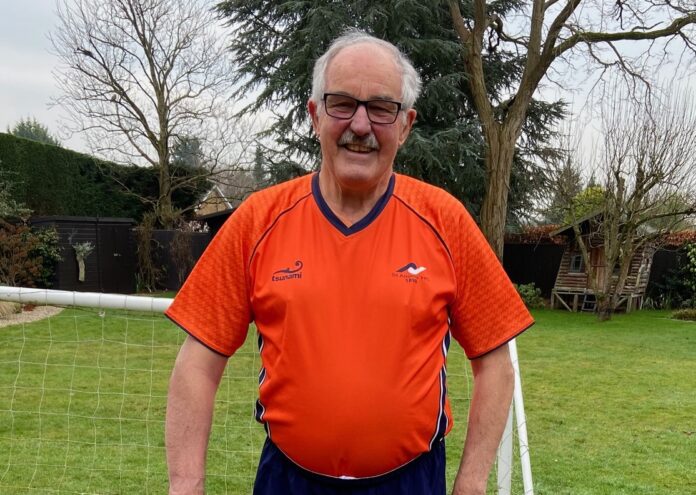 As the 1960s loomed, Nigel Strofton attended a trials day at St Albans HC. The keen sportsman had no means to travel to his local rugby club. Thus began a long career in hockey, one which continues as he celebrated his 80th birthday at the weekend.

Strofton, who was born in 1942, first turned out for the club before Christmas 1959, on the grass pitch against Hampstead HC. His father and older brother were also St Albans’ members and recalls his father, a shopkeeper and wine merchant, helping out the team during the Second World War (he had petrol coupons) by taking them to the matches in the back of his van.