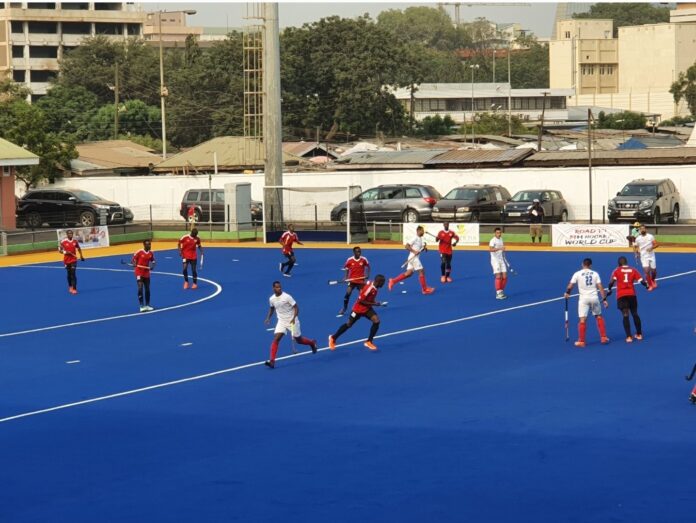 Favourites South Africa men were taken to the wire as they won their eighth Africa Cup of Nations in a row to book a return to Bhubaneswar at the 2023 World Cup. In a thrilling final, Egypt were great value as they took world No 11 South Africa to a shoot-out before losing out 3-1.

After Hampstead & Westminster hotshot Matt Guise-Brown had given South Africa the lead with a powerful dragflick, Egypt, the world No 21 side, levelled with a wonderful counter-attacking goal when Ziad Adel scored with a backhand chip from the baseline.

It was nip and tuck until the hooter before South Africa proved too good in the shoot-out, Bradley Sherwood netting the winning goal to become African champions.

“I’m shattered, that was too close,” said Gareth Ewing, the South Africa coach.

The last time Egypt toppled South Africa came in 1989. After six successive runners-up places, this perhaps was the closest they had come to reaching the World Cup.

South Africa women, unbeaten since 1994 at the Nations Cup, claimed a berth at the 2022 World Cup this summer with a 3-1 victory over hosts Ghana.

Ghana took a sixth-minute lead through Elizabeth Opoku before the favourites fought back.

Kenya beat Zimbabwe 3-1 in a shoot-out to claim third place.

Meanwhile, there are other World Cup places on offer over the next week, with the Pan American Cups currently taking place in Santiago, Chile from Jan 19-30.

At stake are three qualification spots at the Women’s World Cup in Spain and the Netherlands later this year.