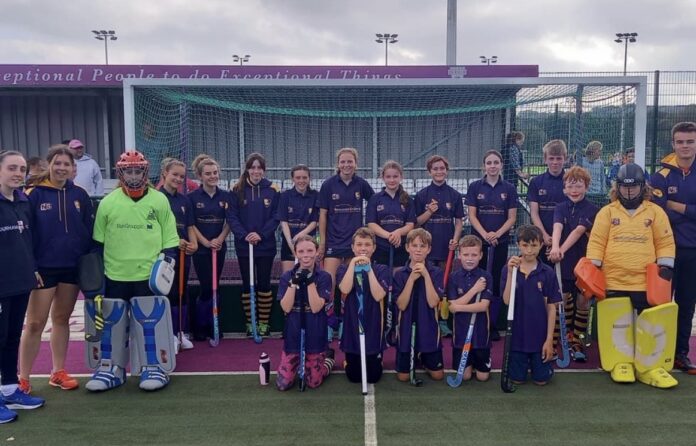 After 18 pandemic-ridden months, 50 youngsters were recently back playing on the two international standard pitches dedicated to hockey at Durham University’s Sports and Wellbeing Park at Maiden Castle.

They are producing a sporting opportunity within Durham City and the wider surrounding communities to provide a first step on the England Hockey Performance Pathway.

Dave Miller, a long-time volunteer, said: “This builds on the support of a local hockey club DCHC, which had no home within Durham over 10 years ago, and who went back to the university to become part of a community link which has grown to include a junior section.

“This partnership allows everyone to win and builds on over 20 years of the universities links with the hockey community.

“DUHC have supported the development of local elite hockey players, some of whom stay on and study at the uni when they move to further education. This junior development means that recreational hockey players are now also supported by the amazing facilities and support developed at Durham.”

The local City Hockey Club, established for nearly 70 years, provides not only its volunteers but also the recreational pathway for local youngsters to play a lifetime of sport.

DHJ runs competitive sides from under-eight to under-16 level. Miller adds: “Once a child reaches 13 they are able to play adult hockey and DCHC has specific league development sides to allow a smooth and safe transition for those showing the temperament and skill sets to move through the sport.”

The programme is supported by three main sponsors. The first is Durham University, who supports the youngsters by providing them with the facilities and some expertise staffing, a contribution to the community which is not just confined to hockey.

The second is a new sports shop opened in Langley Moor. Peter and Amanda Kettle have provided sponsorship for DCHC and DHJ providing two new sets of playing kit plus providing all club kit at a shopping outlet within the City.

The third sponsor is Kate Marriott Design, a local Durham girl running her own graphic design business with two hockey-mad kids of her own. Although now living in the south she has provided her design and marketing expertise to hockey in Durham for many years and continues to do so.

Miller says: “With the help of these three main sponsors DHJ has flourished and now also looks the part.”