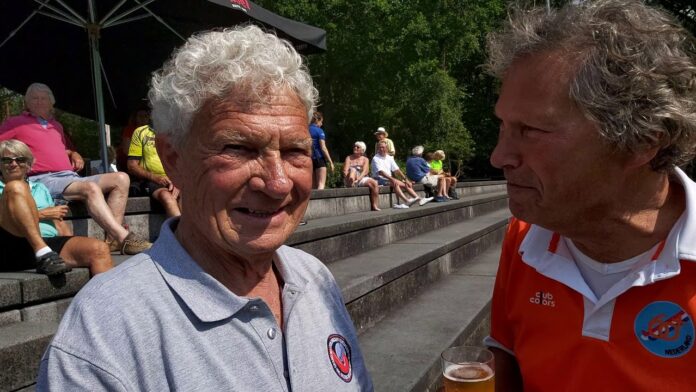 Dutchman Van Noortwijk died last month and the hockey community has paid tribute to his “immense contribution” to the grand masters scene.

“For the past six years Wim, as President, has been the dynamo that has driven WGMA and it has been a pleasure and a privilege for us – his fellow Board members – to work alongside him,” the WGMA board said.

“Whatever might have been going on behind the scenes at WGMA events – and it wasn’t always plain sailing – Wim was able to smile through it all with an outward calm which assured everyone that all was well with the world.”

Wim was born in Rotterdam in 1941 and grew up in an environment where football rather than hockey was the main game. After a spell in the military, he enjoyed a fast rise in the business world which meant that there wasn’t much time for sport although he had the innate Dutch love of small boats and watersport and also gained a pilot’s licence to fly light aircraft.

Wim’s colourful and highly successful business life included a spell as Kerry Packer’s man in Europe – the source of many of Wim’s favourite stories. He became President of ISSA (International Shipsuppliers and Services Association) in 2000 and served two four-year terms during which he made a significant contribution to the organisation.

His hockey career began in the early 1990s when his young daughter Edith started playing at HC Voorne, the local club in Hellevoetsluis. He was soon encouraged to join the club himself and to play in their ‘social’ veterans team.

He was instrumental in the formation of World Masters Hockey and resigned in August 2019 to concentrate on the future of WGMA. Unfortunately ill health made it impossible for him to give as much time and energy to WGMA and a successor to lead the association was found when John Willmott took over in November.

“Without Wim Masters Hockey would not be anywhere near the success it is today,” said Ben Rea, a former IMHA president. “I will miss him greatly both personally and as a tower of hockey strength.”

“He was a very fine man, a gentleman and a man of integrity and bearing,” added South African Tom Lawless, while his passing was felt elsewhere across the globe.

“Belgian Old Lions will never forget Wim and his immense contribution to Grand Masters Hockey,” said Alain Mertens. “I am sure he is already planning new games for us in Hockey Paradise.”

Bernie Morrison, Scotland LX president, added: “He was an absolute “force of nature”, a good friend to us, an accomplished competitor on the hockey field and an organiser and leader without compare.”