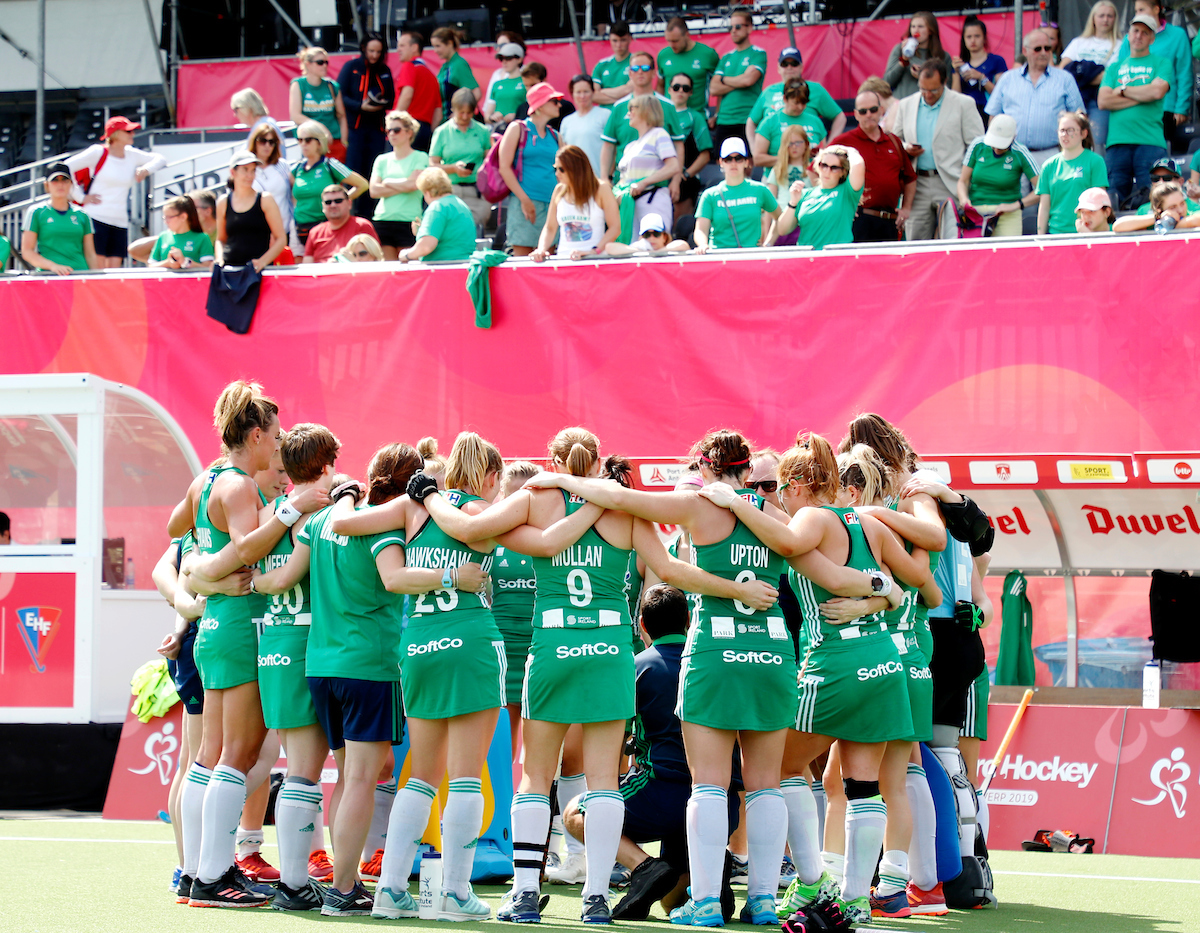 Ireland women’s head coach Sean Dancer expressed his satisfaction at being able to play international hockey again after returning from a five-match friendly series against Spain.

Ireland recorded two wins, two draws and a defeat in Murcia against world No.7 Spain, the world and European bronze medallists.

Dancer said: “You can train all you want, but nothing beats playing international hockey again. Not just for the competition, but also the mindset of the group.

“It has been a tough year for everyone, everywhere and we are very lucky that we are able to continue some quality development towards our Tokyo goals.”

The Green Army finished their tour by coming from 4-2 down to level up thanks to Lena Tice’s pair of PC flicks.

Dancer added: “Even though our performances where not consistent, we did shows periods of high quality play, including scoring field goals in every game. Always pleasing to see development in key areas that you are working hard on.

Performance director Adam Grainger said: “It was great to see the team back on the pitch playing international hockey, there’s a great energy in the group. The whole squad have been meticulous in following the appropriate COVID protocols which has allowed us to do this successfully.”

Meanwhile, India secured a second straight draw of their tour of Argentina.

After holding the senior team hosts to a 2-2 opener, the Eves drew 1-1 with Argentina juniors on Tuesday.