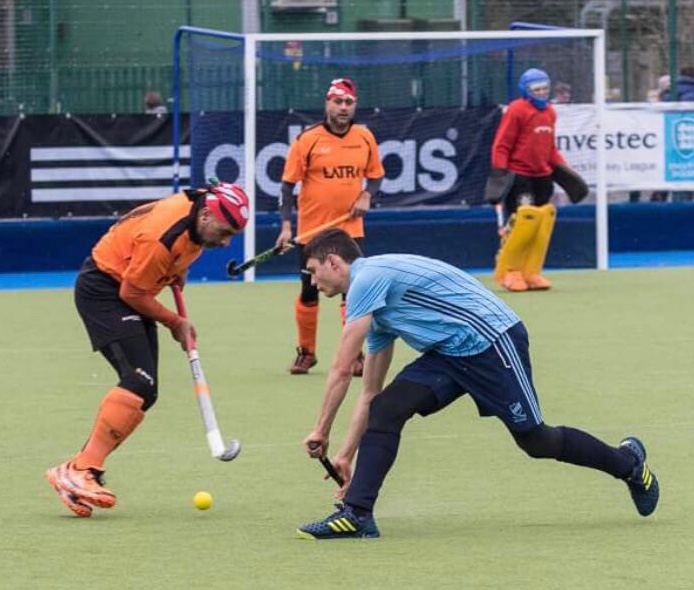 Prabjot ‘Prabbie’ Hunjan is surely goal king of the south. He celebrates his 20th year in the South League next season and although England Hockey’s restructure will have something to say about the league’s future, we can say with some certainty that ‘Prabbie’ will still be fit and firing with the same passion from when his granddad gave him his first hockey stick 35 years ago.

Hunjan, 46, is closing in on 400 goals – closing in on 390 at the last count – with Ramgharia 1s in his South League career. He remembers the first goal he scored, against Staines, in 1996. “I haven’t looked back and the passion is still with me,” he says with relish.

There seems to be no let up, too. “You have to put in the hard work,” he adds. “I travel in from Wycombe to Southall every Wednesday and Thursday, regardless of whether two people turn up. I believe that as long as the knees keep going I will give it my best.”

Born and raised in a Kenyan village called Kericho, as a kid he gathered as many spare sticks and shoes as possible from friends to form a team. Back then, Kenya had international clout, with plenty of visiting sides.

He recalls watching Dutch legend Floris Jan Bovelander. “I was a skinny little boy but I was taken in by his calves and fitness levels and thought ‘wow, this is what hockey is all about’. He inspired me how to hit the ball cleanly, old school style, rather than slap it.”

‘Prabbie’ came over to England in 1994 and after being spotted by a coach, warmed the bench for a few seasons before he set about on his gallivanting career chasing down goals. His record season came in 2001/02 when he notched 38 goals, the same year that Calum Giles, the GB Olympian, scored over 50 goals.

“I was fortunate to play against him,” recalls Hunjan, who works in the pharmaceutical industry. “I was on the right wing and he was on the left and I managed to get past him with a dribble. It was a great motivational thing for me. At the same time, the calibre of player we played against it was amazing. But it was always a team effort, both past and present.”

Well into his Masters career, he has played over-40s hockey for the South and had applied for England over-45s with a potential place in the offing for the Masters World Cups in 2020. He admits the key to his longevity has been his reflex training using a golf ball and reacting to the movement, a technique he still employs today.

He trains up to four times per week, with personal training sessions, as well as indoor and outdoor sessions. He jokes: “When the hockey stops at weekends, my wife says ‘what am I doing, I need to be playing hockey’!”
After such scoring feats, he admits that he could have joined Staines while at university, where his career could have flourished in higher leagues.

“From a personal perspective it could have been that springboard to push my further ahead and be seen,” he says. “There were some brilliant players at the time for Indian Gymkhana and Barford Tigers. Now, there is a change and you can see some players coming through the under-14 system, they can see the skill set exists. Ultimately, it boils down to the individual and the ambition with the performance centres and against good calibre players.”

Hunjan senses that today’s young players haven’t been given the motivation to succeed. “From an Asian perspective, I think perhaps there is that mental block but if you are good enough then why not.” He hopes this will change. For now, there is no change to the South League goal charts. “It will get beaten I’m sure in a few years with all the drag flicking coming through,” he adds. “But hopefully I can keep them at bay for as long as I can.”

The Hockey Paper would like to hear more club stories like this for our print features. Email us.