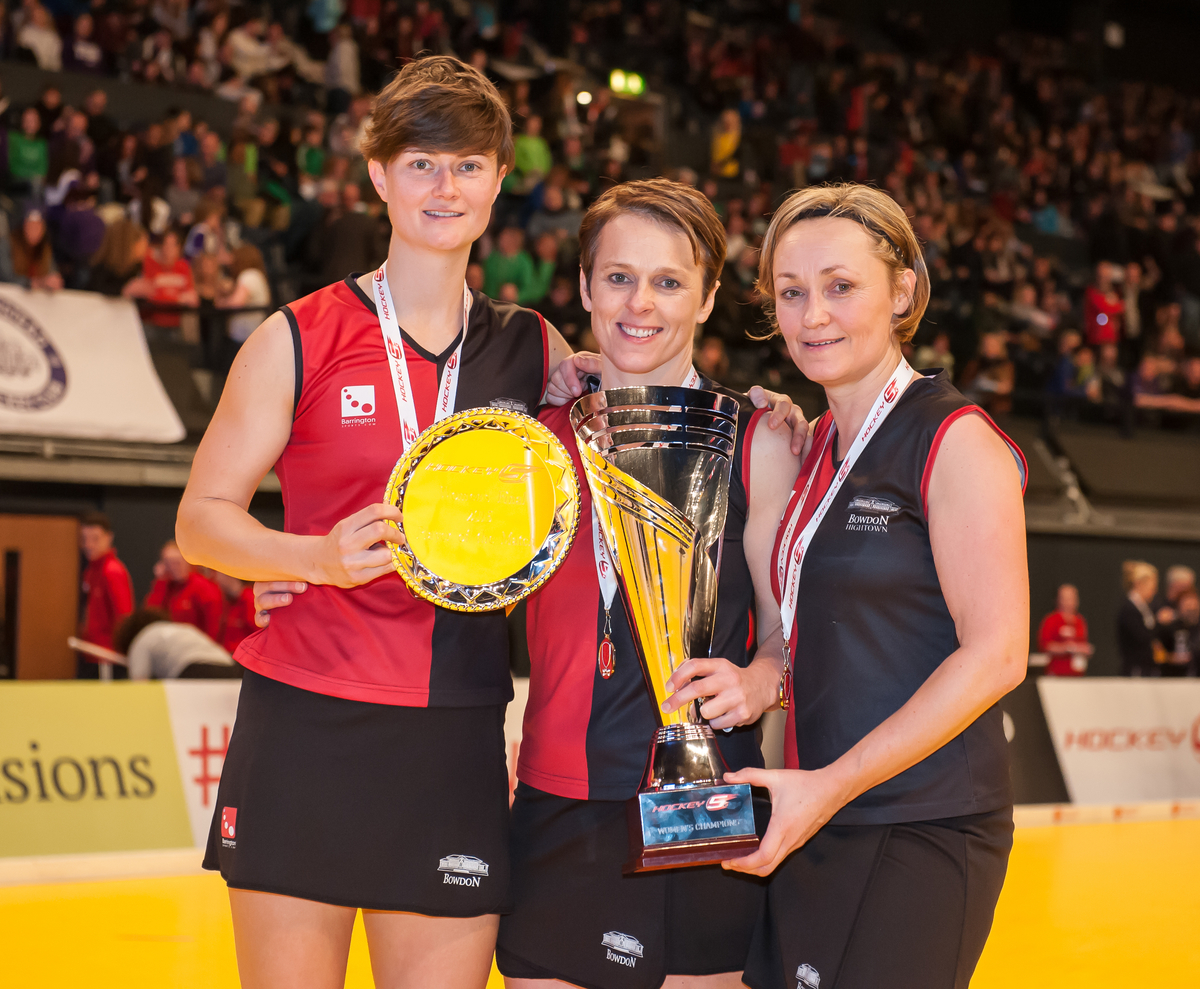 It was an exciting time and something different when the Typhoo National League launched. I had just joined Hightown as a 19-year-old and from our point of view we were travelling most weekends and experiencing different places. The league felt like it was professional, but we were still paying for Travelodges.

We wore our club colour socks and every team had Typhoo written down the back of them. At every game there was a Typhoo player of the match and every week it seemed as if Maggie Souyave won another box of tea. It was a first step up where we were playing a high standard of hockey and usually playing internationals. For someone aspiring to play for England, you were on the pitch with the best. It was a great challenge.

I made my debut for England in 1992, the year GB women went to the Olympics in Barcelona. The league was only three years in the making and it’s hard to say whether it had any bearing on Great Britain’s bronze. Before 1989, you were playing a regional division and maybe one hard weekend. The county set up was strong and most of the Hightown team was made up from the Liverpool teams, but there was never that competition on a regular basis.

As a junior growing up, you now knew how good you had to be to make it at national level. It gave you the role models and people to look up to. You didn’t just see them on the TV, you played against them.

As Hightown and Bowdon Hightown, we are the only team to maintain our top division status. For the last five years, that has been the main challenge due to the centralised programme. I have been to the Olympics and I know why the programme was created, and the gold medal is proof of that. But it has affected the clubs in the north. When you saw Sutton Coldfield, Leicester and Beeston relegated, we started to think we would be next, but we are holding on.

Players are starting to be paid to play and it is inevitable with the progress of the sport. Clubs are training two or three times per week, but due to geography we can only train once. We have five or six players who travel 100 miles just to come and train with us on a Wednesday.

We are one of the only clubs you couldn’t play for and be on the central programme. We can develop and create GB and England players, but they could never play for us. But we enjoy what we do and there is no point moaning about it.

We have youngsters coming through now who will hopefully filter through our ranks. As for me? I’ve got tennis elbow in my arm and I’m 50 this year. The club did a surprise retirement party for me and Michelle Liptrot. And so if I continued playing it would be a bit embarrassing to be honest. We went to Europe last season indoors, they were amazing and they didn’t need me to play. I think it’s time now to get others to do the business.