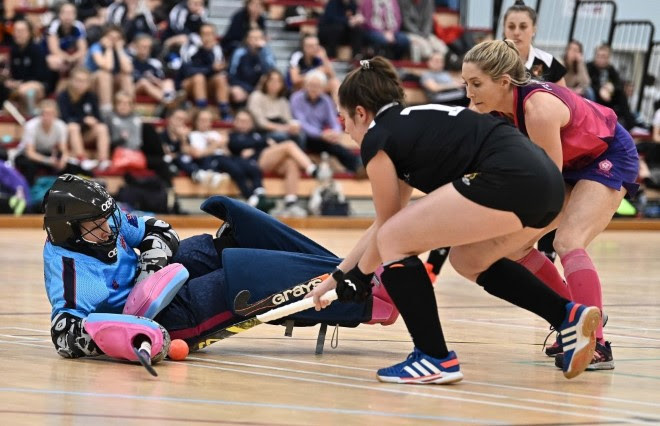 There will be chances for players to step into the shoes of British hockey’s top goalscorers when the Jaffa Super 6s take place on February 2.

Alan Forsyth sliced through opposition defences to score a remarkable 31 goals from Surbiton’s 62 in all as Mark Pearn’s side qualified top of the men’s Premier Division as they bid to regain the title from rival East Grinstead’s hands at the Copper Box Finals.

However goal-hungry Forsyth will be missing in action as will a host of other players, with GB men and women playing away in Australia when the indoor finals take place on the same weekend in early February.

Forsyth netted 14 over the weekend, as Surbiton won 13-2 against Canterbury and Bowdon 14-4 on Sunday.

East Grinstead finished second in the table to cement their place in the final four, ahead of Holcombe and Wimbledon.

Meanwhile, the women’s game will still see the Premier Division’s in-form goalscorers on track to meet head-to-head in the final.

Sally Walton accrued 21 goals to finish as top scorer for Bowdon Hightown, with Sophie Bray (14) and Chloe Brown (11) scoring 25 between them as East Grinstead, the defending champions, topped the Pool stages.

As a club, East Grinstead will be gunning for their third men’s and women’s double in five years at the Copper Box finals.