Staging hockey at Harlequins, recently home to the successful double header, will become more frequent after club officials admitted that the relationship with England Hockey was a “long term” one.

Around 12,000 fans were at the ground for the ground-breaking double header against New Zealand – and the signs are positive for staging more big internationals at The Stoop.

Whether that includes (the likelihood of) hosting two huge Olympic qualification play-off matches involving Great Britain in the autumn is too early to tell at this stage.

But Ola Obaro, Harlequins’ strategic lead, told The Hockey Paper that the pitch technology, coupled with the similarity between the rugby and hockey audiences, bode well for future partnerships.

“We are right in the middle of an important strategic area for England Hockey and so it makes sense to explore growth together and to grow our respective fan bases in tandem,” said Obaro.

“We entered into our relationship with England Hockey with a long-term view. It was never a partnership to deliver the two matches.

“When conversations started, it was clear that England Hockey wanted to grasp the potential with the local community, the clubs within the catchment area and the overlap with the rugby club.”

The Stoop is currently in planning stages for a ground redevelopment and has cited its relationship with hockey as part of the stadium’s long-term view.

Obaro said: “The ideal element of what we are doing is learning about the technology, the build timings and then we can start to reduce the timings and be able to go from rugby to hockey and back and all the other elements like branding, which will be digitally-enabled at the press of button.” 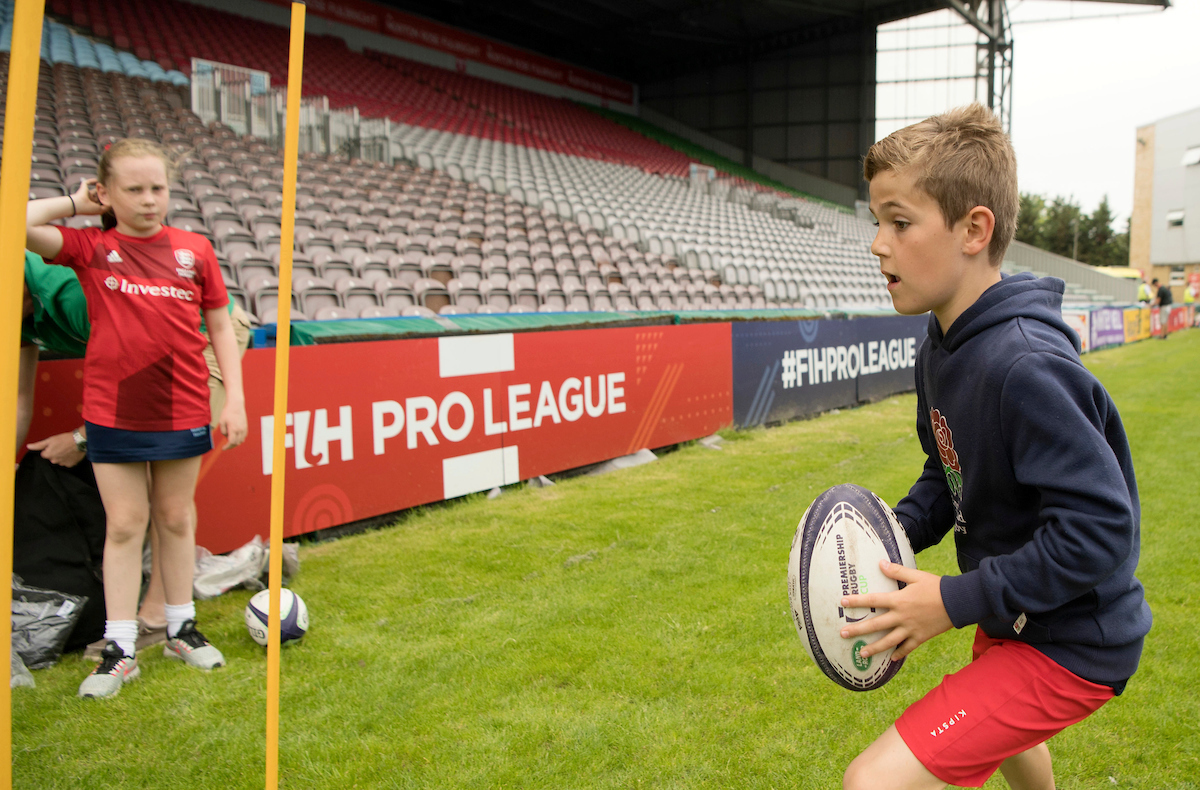 In the modern sporting landscape, staying “as relevant as possible” is also firmly in Harlequins’ remit. “A big part of that is being able to put on different events, as well as rugby, and stay front of mind and reaching new supporters,” added Obaro.

“The potential of hockey is huge and is a great live sport to watch. The view [with the blue pitch] feels almost ‘at home’ within our stadium, so the potential from an exposure and broadcast point of view is massive.”

And with the Pro League acting as a continuing hockey story line in between World Cup and Olympic cycles, it is one Harlequins and England Hockey are clearly keen to develop.

“We are passionate about helping England Hockey reach their aims and goals and we are proud to be a part of it,” concluded Obaro.

Don’t miss our Euro preview! Subscribe by July 30 to receive your copy!