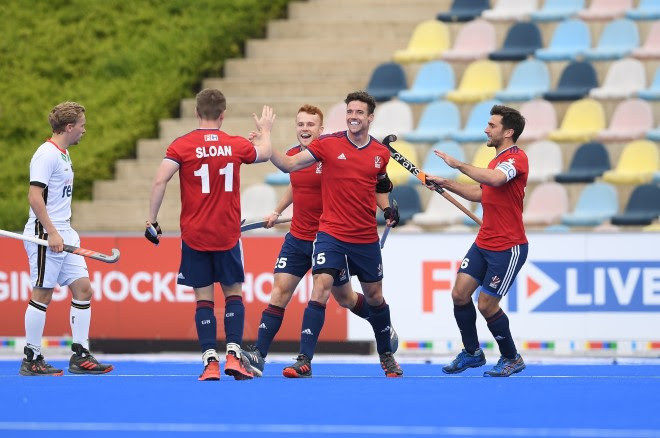 Victory over the Germans in Moenchengladbach was also Great Britain men’s first over their old rivals since the 2000 Olympics.

Roper delivered the points after a sweetly-struck goal on the reverse at the top of the D in the 38th minute, which was allowed to stand after the Germans went to review.

GB also ended the match with nine men after two green cards in the last two minutes. In the final seconds, the quick-thinking Pinner closed his legs with the ball directed at goal to deny Germany with their last PC of the match.

GB captain Adam Dixon said: “Maybe it’s not one for the purists today with lots of goals and free-flowing hockey, but I think winning in this manner when it gets a bit ugly and with a bit of defending to do is a good sign and shows we’re stepping in the right direction.”

GB will now head home and prepare for their first home against Spain on Saturday. Despite Germany’s chances, GB deserved the points, while Alan Forsyth’s shot which ht the post in the second-half would have made the final quarter a far less tense affair.

“We’ve got to turn this around for the Spain game next weekend and there’s still plenty to improve on, so that’s a pretty encouraging sign,” added Dixon.

Kerry’s side have nine FIH Pro League games remaining, seven of them at home.

Qualifying outright for the Pro League finals will help their chances of an Olympic play-off berth in the autumn.

With only 12 spots available for Tokyo 2020, there are several permutations at stake.

Winning the Eurohockey Championships is one automatic route, but a world ranking of seven is against GB in their path towards Tokyo.

It means that Germany, the world No 6 side, are also facing a fight to secure a two-match play-off match. They sit outside the Pro League top four.

After nearly two years away, we are back as a regular print product for readers – and we need your help to keep growing.

And it is now a thrill to return subscription-only as we chart GB’s Olympic defence ahead of Tokyo 2020 next year.

The relaunch is again in Graham’s memory. We hope you can join us on the journey.