A draw would be enough for Ireland to progress to the crossovers, while both sides could go through if it ends a stalemate and Australia beat China by four goals.

But Harte admitted that playing for anything other than victory would spell disaster for Dutchman Alex Cox’s side in a match which is set to pack out the Kalinga Stadium – and once again see a 20-strong band of Irish support in a sea of 15,000.

‘We are just trying to win every game and make our country proud. That’s why we are here, it’s our World Cup final and we can’t wait to play it,’ said Harte.

As forward Shane O’Donoghue said, there is certainly plenty of ‘needle’ between the two sides.

At last summer’s EuroHockey Championships, England beat Ireland to reach the semi-finals after a O’Donoghue received a costly 10-minute yellow card after appearing to lash out at Ames.

The 25-year-old said: ‘Those situations are always difficult as there is history between the two teams. It’s important to stay in the moment and not let the emotion catch you and play the occasion. It’s playing the game.

‘I have my views and I wasn’t too fond of what Amesy did. But it’s water under the bridge and for the crowd it will be a competitive game.’

Ireland ‘put to bed’ their 2-2 draw with China almost immediately to focus on a game in which O’Donoghue has another chance to break the Green Machine’s goals record.

He said: ‘It’s about the team, being clinical and performing and the magnitude of these games is why we play hockey. It’s going to be a cracker and about making the most of the experience.’ 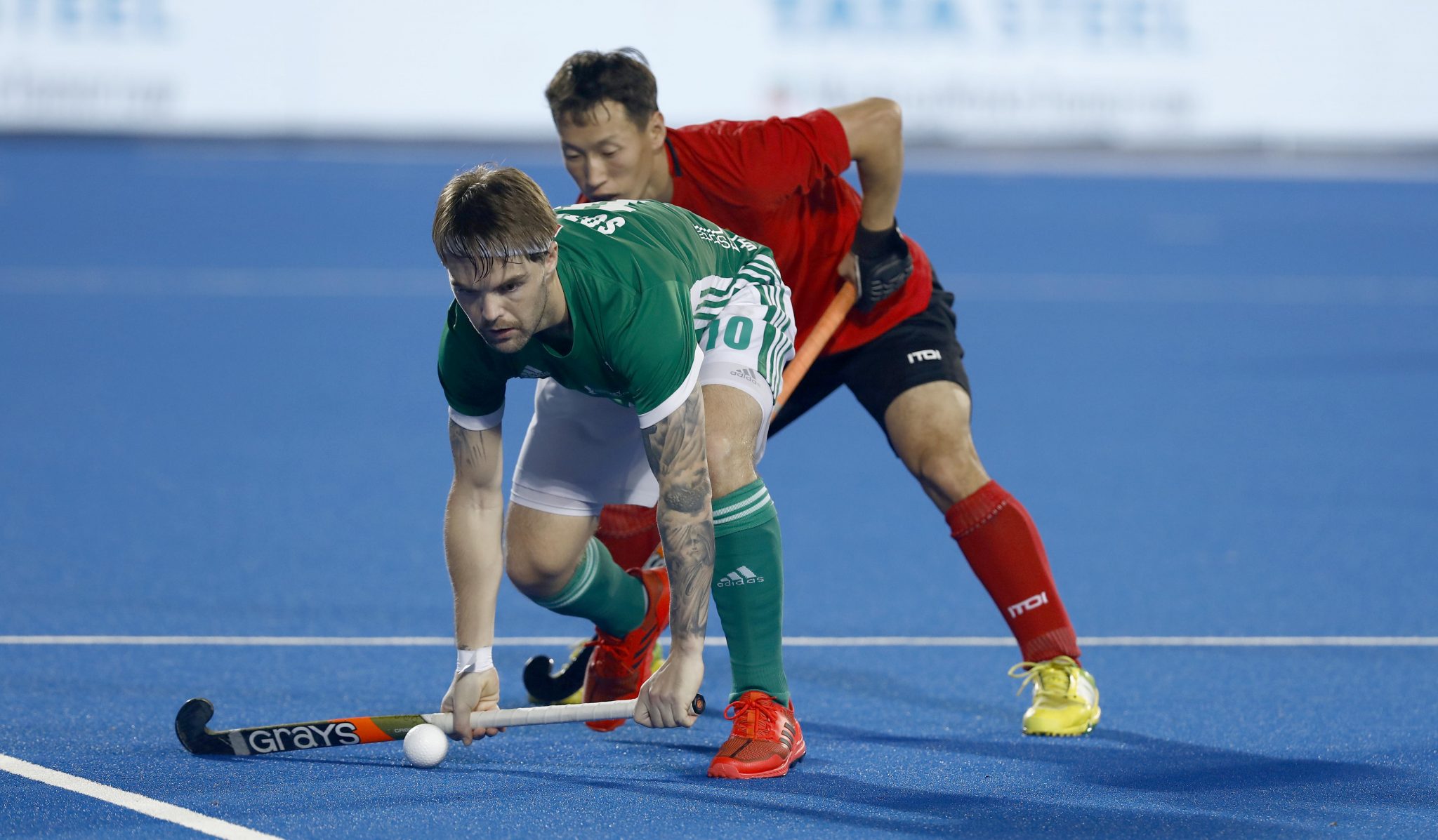 The match will also feature Paul Gleghorne playing against brother, Mark. Despite both teams staying at the same hotel, England defender Mark admitted that he wouldn’t be speaking to his brother ahead of the match – unless he bumped into him.

England need to win to avoid finishing bottom. Defeat or a draw would leave the best-funded team in world hockey without a win for the first time in their World Cup history.

As an experienced squad member, Mark Gleghorne, the former Irish player, said that England’s younger players had been warned on what to expect against Ireland, off-the-ball sledging included.

“All I can say is that, I’m usually too tired to get involved,” admitted Gleghorne. “There is always needle in these games, especially when the result really matters. I don’t think it will be too friendly.”

Meanwhile, Ames said: “We have consistently got better at knowing that they are not as bad as we think and we need to make sure we’re ready.”

Calm before the storm

Ireland’s players were afforded a private visit to a temple on Wednesday, away from the glare of autograph hunters and inquisitive locals.

It was was a moment of calm before the frantic match which awaits the Irish today. ““Ireland could play England in a chess game in a World Cup and there would be huge interest,” said Harte.

‘The coaching staff have an easy job – they don’t have to get the players up for it.’

Sean Murray put in an impressive display against Australia as the 21-year-old’s stock continues to rise at the World Cup after signing pre-season for Dutch side HC Rotterdam.

He admitted: “Your level has to increase. I remember the first few sessions I was rusty, but I felt my game has already got a lot better in the nine games I’ve played. Hopefully for another few years it will get better and better.”

After finishing his degree last year, Murray could also focus on being a full-time hockey player, rather than worry about any financial constraints. “Not many people get that opportunity,” he added.

Murray also laid on the sublime pass for O’Donoghue’s goal against the Kookaburras, a strike which could see him today become Ireland’s leading scorer if he nets against England.