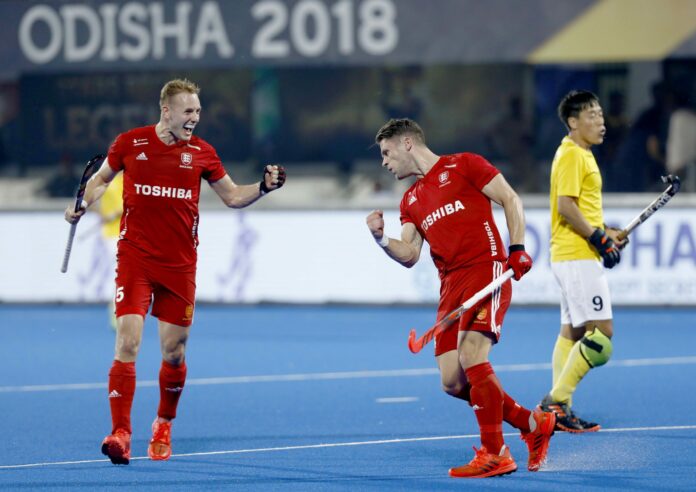 So will club ties go on hold in the Hampstead & Westminster trio of Ireland’s Chris Cargo and English pair Harry Martin and Will Calnan.

In fact any other loose ties the rival European countries may have will be slung out into the warm sub-continent air at the Kalinga Stadium at 7pm local time.

Both nations could still both go through with a draw, if Pool B winners Australia beat China by four goals in the earlier match.

But one thing is clear in speaking to players from both sides – they are going out for the win.

And with so much at stake, defender Gleghorne admitted that with both teams staying in the same hotel, he wouldn’t be interracting with his brother, Paul, who plays for Ireland.

Gleghorne, who switched allegiances to England in 2009, said: “It’s good to have your brother here, although it’s weird being part of different teams and how people react to me spending time with somebody else from another side. I don’t think we will be meeting up.”

Gleghorne expects a bruising encounter, with a place in the crossover matches guaranteed for the winner.

Ireland's @shaneod16 sharing his thoughts after a draw with China. Massive game ahead of @IreMenHockey on Friday vs @EnglandHockey
Odisha #HWC2018 Bhubaneswar pic.twitter.com/rnvWoeTmKj

“It doesn’t matter if it is a World Cup or a friendly. There is a local derby rivalry to it.

“There is always needle on those games especially when the result really matters. I don’t think it will be too friendly.”

Despite winning two pre-World Cup games over their rivals, Ireland’s Eugene Magee, who is playing here with a broken hand, remained wary of England.

He said: “We’re trying to cover all the bases but Barry Middleton is the key player for them and makes the team tick. We will have to be wary of him”

Goalkeeper Harry Gibson is expected to return to the England bench after missing the China draw with sickness.