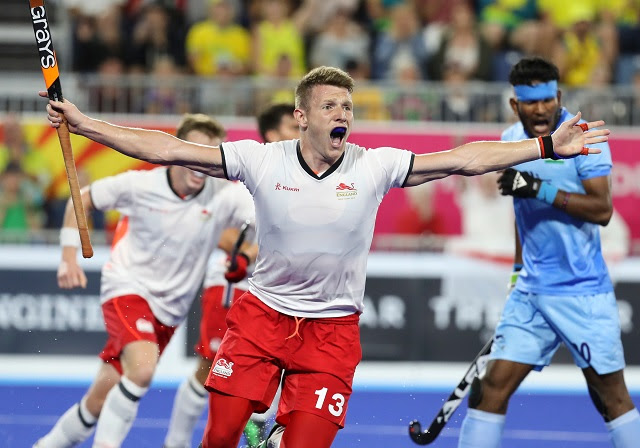 Forward Sam Ward became the latest player to be ruled out of a major competition through England Hockey’s concussion protocols on Thursday.

Ward admitted to being “absolutely gutted” after being sidelined for the men’s World Cup, which starts next week in India, with the news being seen as a huge blow for Danny Kerry’s side in their pursuit of a first world title.

Ward is considered one of England’s central figures after netting his 50th international goal last month.

The 27-year-old picked up “light concussion” in training – he had missed the recent 4 Nations tournament in Valencia – and will be replaced by in-form East Grinstead forward Liam Ansell, who flies out to Bhubaneswar on Saturday.

Ward said: “I’m absolutely gutted to miss out, but completely respect that with the nature of the injury it has to be allowed the right amount of time.

“I am certain the boys will go and do us proud and I wish them all the best.”

Ward’s injury follows the foot injury sustained to Chris Griffiths, who was forced to pull out of the squad last week.

Shona McCallin and Nicola White have been ruled out for most of the year with concussion, while women’s captain Alex Danson hit her head on holiday and missed the ongoing Champions Trophy in China.

Meanwhile, Great Britain were soundly beaten 4-0 by Holland in what was the first major match between the two nations since the Rio Olympic final.

The Hockey Paper will be offering a premium newsletter subscription service during the World Cup.