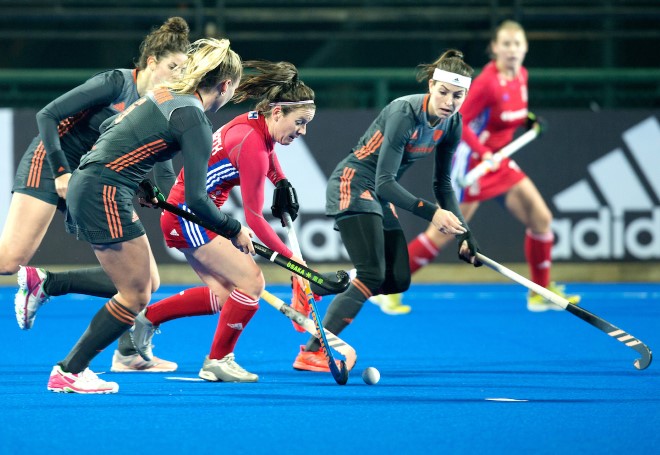 A double from Margot Zuidhof guided the Dutch to a 4-0 win and GB now face Argentina on Saturday morning with the winner likely to secure a place in the bronze medal match – unless Japan beat Australia.

Marijn Veen opened the scoring before Zuidhof grabbed her first as the Dutch built a 2-0 lead at half time.

Ginella Zebro fired in the third before Zuidhof completed the scoring in the final quarter.

The Netherlands were ahead inside just three minutes when Veer found the back of the net.

GB failed to clear their lines and Veer collected, kept her cool and flicked on the reverse into the empty goal.

A fine flowing team move then doubled their lead in the second quarter. Attacking down the left the ball eventually was laid back to Zuidhof who spun and sent the ball into the backboard.

Zebro grabbed the third with a well struck hit on the reverse before Zuidhof scored her second from close range to make it 4-0 in the final quarter.

Earlier Australia and China drew 0-0, with the Hockeyroos still favourites to qualify for the final provided they can beat Japan.