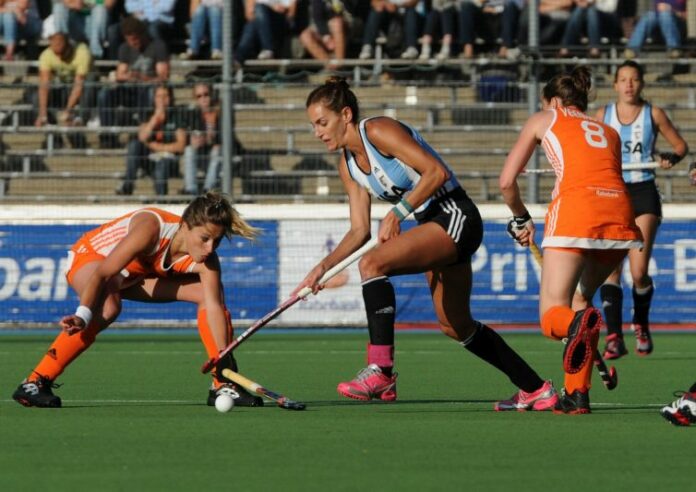 Luciana Aymar, widely considered the greatest ever women’s hockey player, has revealed that she “never slept in 20 years” and says that she would ward off her children from choosing international hockey as a lifestyle following her obsessive strides to reach the top of the sport.

In a compelling recent interview, published by Argentinian daily La Nacion, the 40-year-old admitted that she visualised matches “too much” as well as isolating herself ahead of games as captain.

The Argentinian retired from hockey in 2014 after a glittering career where she won eight world player of the year awards, two World Cups, countless Champions Trophies but finishing without an Olympic title.

She said that although she was never consumed by a love of hockey, she was compelled by pulling on the Las Leonas shirt when playing for her country.

“The captain, at least in the Lionesses, must worry about many things,” she told La Nacion.

“Having so many responsibilities, playing a World Cup with so many people, wearing the shirt of a team that has won so much is a lot.”

Aymar, who now resides in Chile with her boyfriend, the former tennis player Fernando Gonzalez, said that she found resting a difficult beast to conquer as she rose to the top of the game.

Asked whether she was able to sleep before a game, she said: “I never sleep! I never slept in a 20-year career. I was always visualising a lot, too much.

“I had very big costs, yes. I went through a very hard stage, I was sad, anguished, depressed, I have no shame in telling it…”

She said that if she was asked by young players today for advice, reminding them of stress would be a key component.

“One does a lot of analysis, from everything you experience [when you stop playing]. I am very proud of what I achieved in my career. But later, seeing myself from the outside, the way I was for 20 years … It’s not that I regret, but I would have changed some things …

“I believe that my discipline, my perseverance, my requirement, added to the talent I had to be the best. But if I had a child, I do not know if I would recommend the lifestyle.

“I would try to be like my parents were, they never pressured me. I enjoyed the sport because my parents lived in the club and I loved sports because they loved sports.”

The Argentinian admitted that her lifestyle before quitting the game aged 37 was “too hard”.

“It was the right to time to stop,” she added. “I loved the sport and I still love it. It was the best thing that life gave me. But I need to live life, too.”

Aymar’s life will be told in a Netflix documentary to be screened this month, having first hit Argentinian cinemas two years ago.