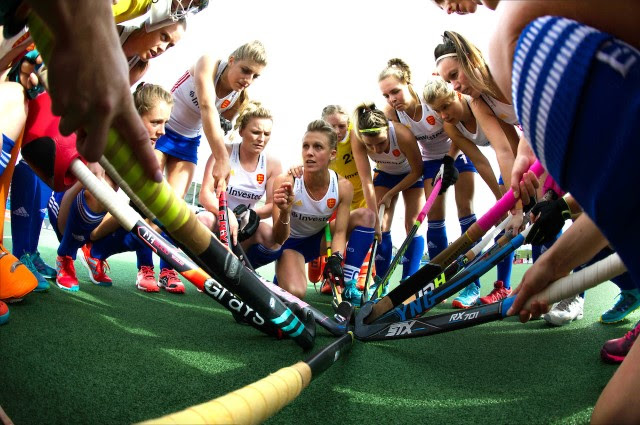 England coach Danny Kerry believes he has the squad “to think clearly under pressure” after naming an 18-strong squad on Wednesday for the Vitality World Cup in London later this month.

Kerry’s squad contains eight Olympic gold medallists from Great Britain’s Rio 2016 campaign and a majority of the squad from their Commonwealth bronze-winning side which will attempt to become the fifth nation to win a home World Cup since 1974.

Lily Owsley, the speedy forward, returns after picking up an injury pre-Gold Coast, but Emily Defroand unfortunately misses out during a selection process which Kerry described as “complex”.

Fellow Olympians Shona McCallin and Nicola White are not selected after a prolonged absence through concussion.

World No 2 England, captained by Alex Danson in her fifth World Cup, also retain eight of the players who experienced an 11th place finish at the 2014 World Cup in The Hague.

However, four years on and with Olympic and European titles under their belts, Kerry says he has found the right combination heading into the pressures of a World Cup on home soil.

He said: “I think we have world class players in key positions with a lot of pace to our attack and equally a good solidity to our defence with lots of options to get the ball out from the back.

“It will be a very tight tournament and I am really optimistic that the squad can perform and can use the support of a home crowd in those times games and think clearly under pressure.”

Satisfied with his preparations – despite the team playing no tournament matches – Kerry added that England could start the World Cup “tomorrow if we needed to”.

“We’ve had lots of good preparation in terms of match play and our tactical understanding so it’s just a case of the last few finishing touches now.”

Danson, meanwhile, is one goal away from equalling Marjorie Pollard’s combined England and Great Britain goals’ record, which currently stands at 115 goals.

England, who will play in front of 10,000 sell out crowds for all their fixtures, begin their campaign on July 21 against India before facing the USA and Ireland.