Home Features A hockey crusade, to get people watching the women’s World Cup this... 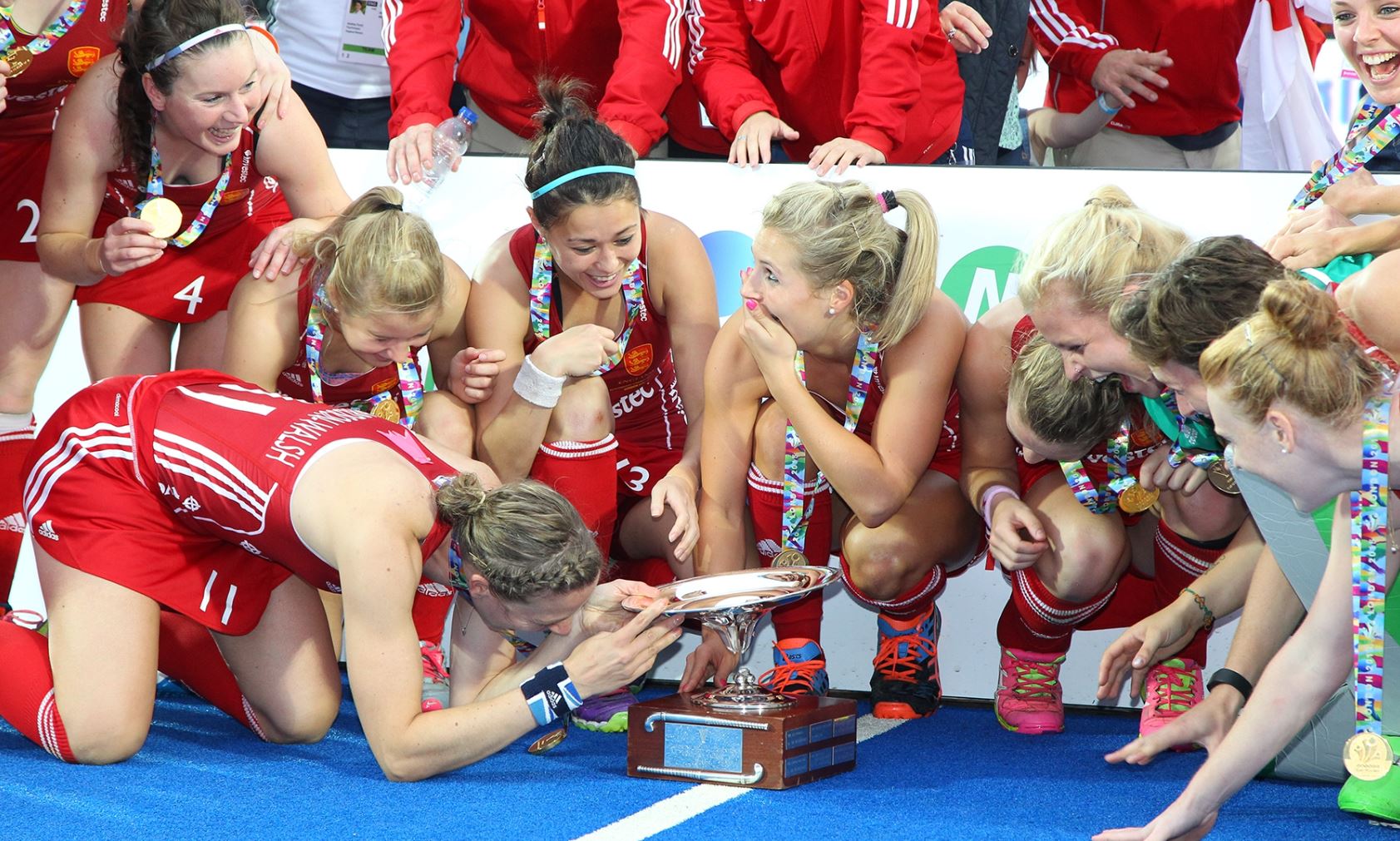 The size and scale of football’s World Cup is surely enough to give any other sport a severe inferiority complex. Bigger than the Olympic Games, the cost alone of hosting the number of commentary teams in Russia would probably dwarf the budgets other international sporting organisations are able to spend on their equivalent events.

It’s always been my view that the global appeal of football boils down to it being the most perfectly simple game. All you need is a ball and off you go with your team mates using all but your hands to try and score against your opponent.

So why on earth would you play anything else?

If you haven’t thought about why you play hockey and why you think kids should play, it is a worthwhile exercise. For me, as someone who has played, and more recently, coached the game since I was five, there are so many reasons why I love the sport. The skills, the competition, the fitness, the tactics, the team work, the great clubs and above all, the great people, many who are lifelong friends spread all around the world.

It’s actually as a parent though that I see hockey make its strongest case for being a great sport. Seeing junior clubs, coaches, administrators, umpires, parents and players all around the world working to deliver a well organised, safe, active, competitive team sport for boys and girls of all ages, shapes and abilities is something we should all be proud of.

Despite that, some administrators like Hockey Australia’s CEO Matt Favier, see hockey as a sport needing to change to stay “relevant”.

Favier speaks of a new age of spectators who “consume sport in a very different way” and corporate partners who are “driven by a new set of success measures”. This is of course the language of sponsorship and every sponsor hungry sport’s Holy Grail: television.

As a result, Hockey Australia has been on a seemingly relentless crusade to come up with some sort of modified game to appeal to these new sporting consumers. Mixing men’s and women’s teams into the same game, playing shorter games as well as double value and bonus point goals are all on the menu.

Interestingly, news from Australia has confirmed an impressive five-year deal between FIH and Fox Sports Australia that will include broadcasting the Australian Hockey League.

It remains to be seen whether that will be in its existing form or whether Favier intends to have the more attractive players sent off to an island for a few days in between games, or for bonus goals to be awarded to a player who can pluck a ball out of a bucket of snakes.

Now, there is no argument from me that increasing the coverage of the elite level of competition is part and parcel of increasing the profile of the game at all levels, but as I have said before, pursuing this should not be at the expense of the game itself.

Equally, hockey’s top administrators wanting to reduce the dependence on government funding by increasing the broader appeal of hockey to sponsors and television is also entirely justified. For the governing bodies of countries like Great Britain and Australia, there is also the precarious situation of having significant levels of their funding being linked to the performance and ranking of their national teams.

Not only must this create an obvious dilemma in the allocation of resources, but this situation surely isn’t a million miles away from the same type of profits first, stability second mentality that the banks so willingly adopted shortly before triggering the global economic crisis? But then that is the medal-driven world we now live in.

Consequently, we are now seeing the top end of our game being pulled from pillar to post in the quest for the IOC’s love and the desire for more TV time. Like the IOC, we run the risk of becoming obsessed with appealing to this all-powerful new generation of 15 – 25-year-old sports fans, with their consoles and remotes, forcing us to fit our sport into their fast-food sporting diet if we want to get it on TV and seen by sponsors.

And that is why we need to keep reminding ourselves why we play, umpire, coach or administer hockey and why we think it’s a great game for kids to play as well.

That reminder now seems all the more relevant in the context of the IOC discovering last week that its most recently recognised sport – esports – might not be that great for kids or indeed anyone for that matter.

Despite the IOC’s endorsing of esports late last year, the World Health Organisation has announced that it was recognising “gaming disorder” as a mental health condition, with the ability to cause debilitating addiction with characteristics similar to substance abuse and gambling.

How this sits with the Olympic ethos of “faster, higher, stronger” remains to be seen given that the IOC insisted that esports “must not infringe” on Olympic values in order to be recognised as a sport. IOC President Thomas Bach said in April that for esports to be a demonstration sport at the 2024 Games in Paris it would be on the condition that there be no promotion of violence.

There has, however, been no comment yet from the IOC on what appears to be their support of an activity that promotes the risk of significant mental ill health, particularly one can assume, if you were “training” flat out to win one of their medals.

So maybe it’s time that we left the IOC to this modern-day equivalent of tobacco advertising which, you won’t be surprised to learn, is also being heavily supported by a salivating gambling industry and instead we became more focused on how hockey can increase its participation numbers, rather than viewers, from our future generations.

Understanding what spectators want is perfectly reasonable but that should only go so far. What is more important is how well we can deliver what we already know is a great game for adults and kids in the local community through strong, active clubs. If we can do that right then a sport can become relevant in even the most unlikely of households, a fact that my local gymnastics club has proved to me in the last few weeks.

As a counter to my above average hockey ability is the fact that I have no idea whatsoever when it comes to playing a musical instrument. At another level altogether below that however is my gymnastic ability.

Nonetheless, I am now one of many parents who happily sit on a viewing balcony at a gymnastics club first thing every Saturday morning watching my seven-year-old leap around like a mad thing. With great coaching and excellent facilities, I smile at her delight even though inside, just watching what she does makes my own back hurt.

I’m on that balcony because my daughter’s friends are also at the club and told her how good it was. I’m there because some of the parents I know whose children are there told me well the club is run. I’m there even though I don’t ever seriously watch gymnastics on television and couldn’t care less if they’ve changed their competition format. Ironically though, I’d probably watch it now if my daughter asked me to watch it with her.

So, what does all this mean? Well, for a start, the great work from the FIH and national associations has proven that we can get our sport on television, but no matter how hard we battle, it will always be wedged in amongst the major sports.

Of course we must fight to maintain that niche, but when you realise that television will broadcast an overweight Tyson Fury fighting an undersized and woefully under-skilled opponent over four tedious rounds, the chances of getting a genuinely competitive international team sport on the box is pretty good. The real battle though is not for television, it is about television and all other formats on which sport is watched.

As extraordinary as it is to have to say, we need to remind ourselves and perhaps some administrators that sport should be defined first and foremost by participation, not by viewing numbers. The rise of esports tells us that it is more important than ever that all sports, real sports, rally to get people away from screens rather than just be jostling amongst each other to be part of a high-fat, crash, bang, wallop viewing diet.

So, we need more people playing and more people on the sidelines watching people they know play which, I’d politely point out to Mr Favier, is the way good sport and all it’s wonderful physical, mental and social benefits should be consumed. That is the battle we should all be joining rather than the “if you can’t beat them, join them” approach.

With the women’s World Cup in London now only days away and the men’s event following at the end of the year in India, hockey will, as it did four years ago in The Hague, have two wonderful showcases of our sport, beaming live around the world. As ever, I’ll be pencilling in as much viewing time as I can but this time around I’ve decided to do something I’ve never done before. This time, I’m going to make a point of encouraging as many people as I can to watch it as well. 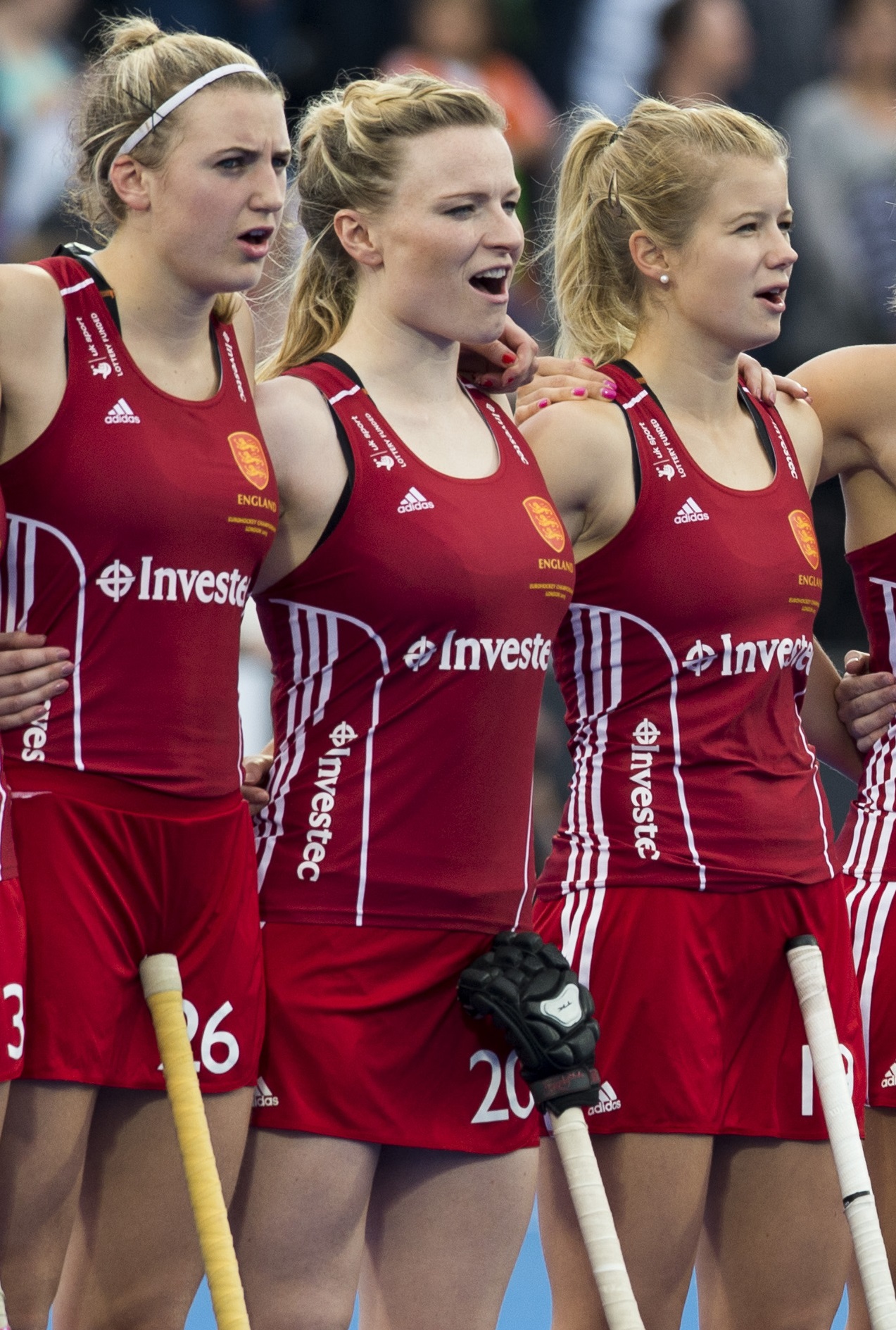 I’m done with keeping quiet when I’m in conversations with non-hockey folk, fearful that raising the topic will draw rolling eyes, groans of displeasure and painful stories of being painfully hit in the shin when playing painful hockey at school. Whereas before that “I used to hate hockey” bloke would get my condolences and an implied admission that by not choosing football or rugby I was a sporting equivalent of a Morris Dancer, he’s now getting both barrels.

That includes where he can watch it and, even more important, where he can play it should he ever want to heal the mental scarring, and where his children can play if he’s at all interested in them being involved in a great, well-organised, team sport for boys and girls in the fresh air.

So, if you weren’t going to it already, why not tell a few more people than you normally would about where to watch hockey and where to play it? With the esports’ Death Star looming ominously above us, what parent would choose the now much lower risk of a sore shin over the risk of sleep, attention and anxiety disorders?

And let’s not forget, that with the very real possibility that I could be watching a floor routine or vault competition on TV this weekend, the club first mentality might also boost our own viewing numbers.