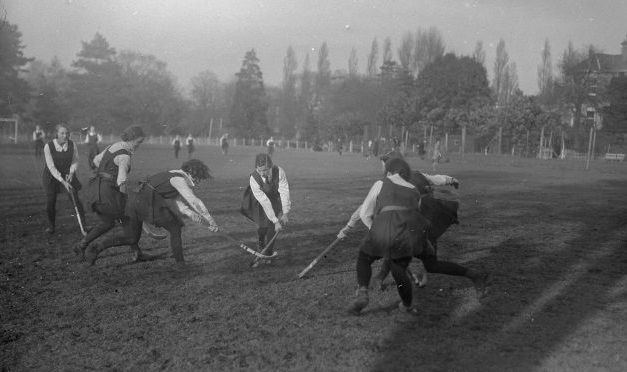 Delving into sporting history was supposed to be one of the legacies of the London 2012 Olympics. But where other plans were scrapped – including the halting of an Olympic Museum in Stratford – hockey has thrived.

Last week, the work put in by volunteers at the UK-based The Hockey Museum was recognised after it was awarded full museum accreditation by Arts Council England.

And in a key year for the sport, with a home World Cup, the museum has also opened its first exhibition.

The Woking-based museum joins 1,800 other museums participating in the scheme, working to manage its collections effectively for the wider public.

Katie Dodd, THM’s chair of trustees, said: “The Museum has changed significantly since we embarked on this journey as we have undergone a major redevelopment project that has included the recent move to new premises in Woking and the opening of our first in-house exhibition from June.

“We are thrilled that the Arts Council has made this award and we look forward to using the Accreditation scheme as a tool for developing the Museum further in the coming years”.

Dodd said that the museum will continue its work to catalogue and photograph its collections and make them more accessible to the community.

From June, the Museum will open to the public on Tuesdays and Wednesdays.

discover the #history of the reverse hit/tomahawk with the latest in our 50 Objects: https://t.co/c8o1hqmobu #hockey pic.twitter.com/Op2CO4boPv

There are plans for a series of Open Days over the coming months and, if there is sufficient demand following its relocation to Woking Town Centre, the museum may look to open on additional days in the future.

“None of this would be possible without our dedicated volunteers and supporters, who give their time and enthusiasm to make the THM what it is,” added Dodd.

READ THE GAME: World Cup news, opinion and features
“A huge thank you goes out to them for helping to make this success happen. The generous support of England Hockey and the International Hockey Federation should also be acknowledged as we work with them to promote and celebrate the fascinating heritage of our sport.”