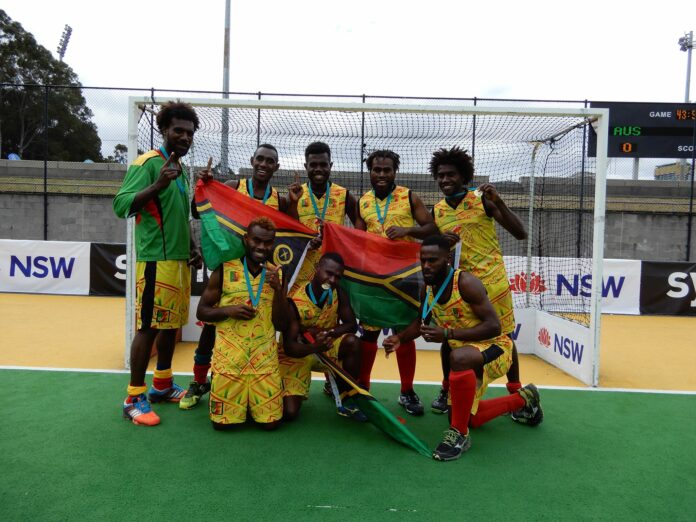 Month by month, Vanuatu Hockey is slowly building a platform.

Yet this South Pacific island will hope one day that their hockey teams won’t have to plump for a different scoring regime to the one they employ when they meet Olympic-muscling opposition such as powerhouse Australia.

The under-18 men’s and women’s teams recently finished runners-up in the Oceania qualifiers to earn berths at the Youth Olympics later this year.

And while they seem to be a class above Papua New Guinea and Solomon Islands, it was the decision by coaches to opt for their own scoring system – following 20-0, 12-0, 16-0, 30-0, 21-0 and 29-0 losses to Australia across the genders – which struck a chord here at The Hockey Social. 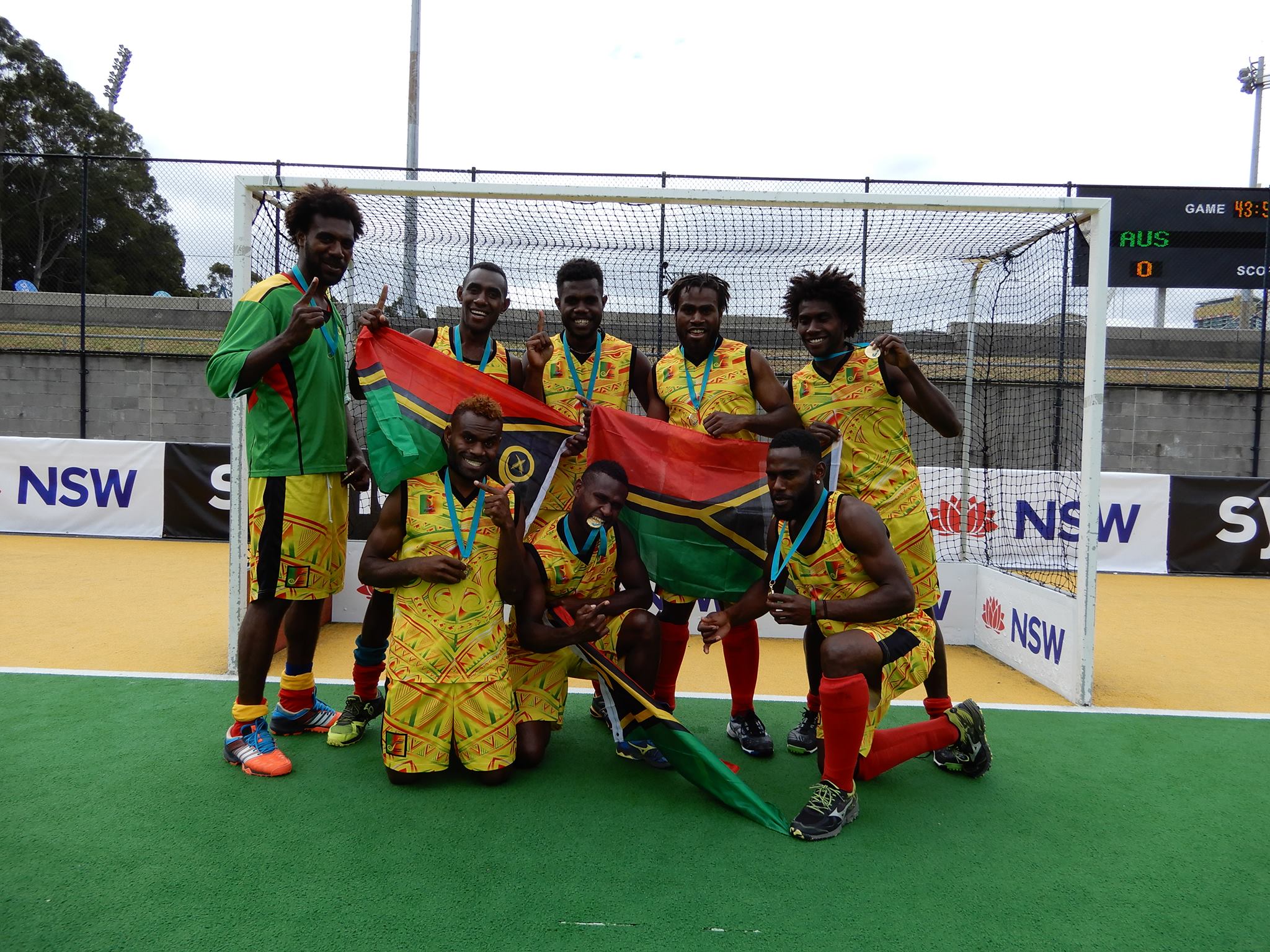 “We gave the kids a point for a tackle, a point for a shot on goal where the Australian keeper had to save it, five points if we could score a goal and in the end it actually turned out the kids really enjoyed that system,” their coach Jen Bowtell told Radio NZ.

So while Australia had 30 ‘points’ on the board, the players from Vanuatu felt like they had struck 32 in one of their games.

“It was a really good way that the kids could see it as a learning curve and I think they improved against Australia.”

With players continuing to sign up to the sport, keeping them in the game as they experience life the hard way is key and Bowtell’s rules could just do that. Now it’s down to funding – and longevity.

The under-15s at Annadale, a school in County Down, Northern Ireland, faced a visiting Kiwi school side from Palmerston North, with an impressive pre-match haka.

U15 s faced the Haka from a visiting New Zealand team pic.twitter.com/9cAoRF6XsF

Pride in the game

“Being LGBT in hockey is generally very well accepted, but it isn’t something that’s talked about freely yet in a hockey environment. That may be because people just aren’t too bothered, but sometimes that’s just not quite enough.”

Mainly Male speaks to the London Royals ahead of next month’s Pride Cup.

An interesting social media post from The Hockey Museum recently. According to this letter from Hockey Field in 1909 the disadvantages of hockey are that it makes women “rise from their natural position… makes them mannish… these sort of women become suffragettes”.

According to this letter from Hockey Field in 1909 the disadvantages of hockey are that it makes women "rise from their natural position… makes them mannish… these sort of women become suffragettes". #Vote100 #Suffrage #Suffragette pic.twitter.com/J36w8x6Uoh

We guess Bloemendaal are EHL ready

While Europe gets set for summer, Argentinian Patagonia is relishing hockey from another climate.

What you missed on THP last month

Taking in the scenery

Pakistan have been warming up for the Champions Trophy next month in Breda – with an opening clash against India no less – with a training camp at a military academy in Abbottabad.

Great view from the Mountains on our Training Complex in Abbottabad pic.twitter.com/Jva0FDUMWL