After a decade and more working alongside women’s national sides, Danny Kerry has come to realise that leveraging social cohesion within all-female teams has been one of the aspects to achieving squad tasks – and success – at Bisham Abbey HQ.

The main strand, he said shortly after Rio gold, is that “they really want to look out for one another”.

First, England regrouped in spectacular style as they overcame semi-final shoot-out defeat against the Black Sticks to make an emerging India side look very ordinary in a 6-0 trouncing.

Then came the monumental moment England’s netballers climbed to the top and beat all-conquering Australia with a buzzer-beating score.

You could say that both of these victories were garnered by each team knowing exactly their purpose and plan on the pitch and court on those days.

On Kerry’s side, there were senior players clearly exasperated by not reaching the final – take Sophie Bray’s subsequent individual brilliance against India for one – yet worked in a combined effort with the more inexperienced players, who stepped up to the task to earn a podium place.

Meanwhile, inside the Coomera Indoor Sports Centre, there was a growing feeling of a team on the cusp. The England players were all smiles in the warm up, trading jokes and putting 8,000 green and gold fans to the back of their minds.

Tracey Neville’s side never once wavered during the final, even when Australia twice opened up four-point leads. The nerve-shredding finale – akin to the Rio hockey shoot out – will live long in the memory.

Two fine statements of intent, then, while the same could be said of England women’s World Cup cricket triumph in 2017 as they just held off a battling Indian side at Lord’s by nine runs. 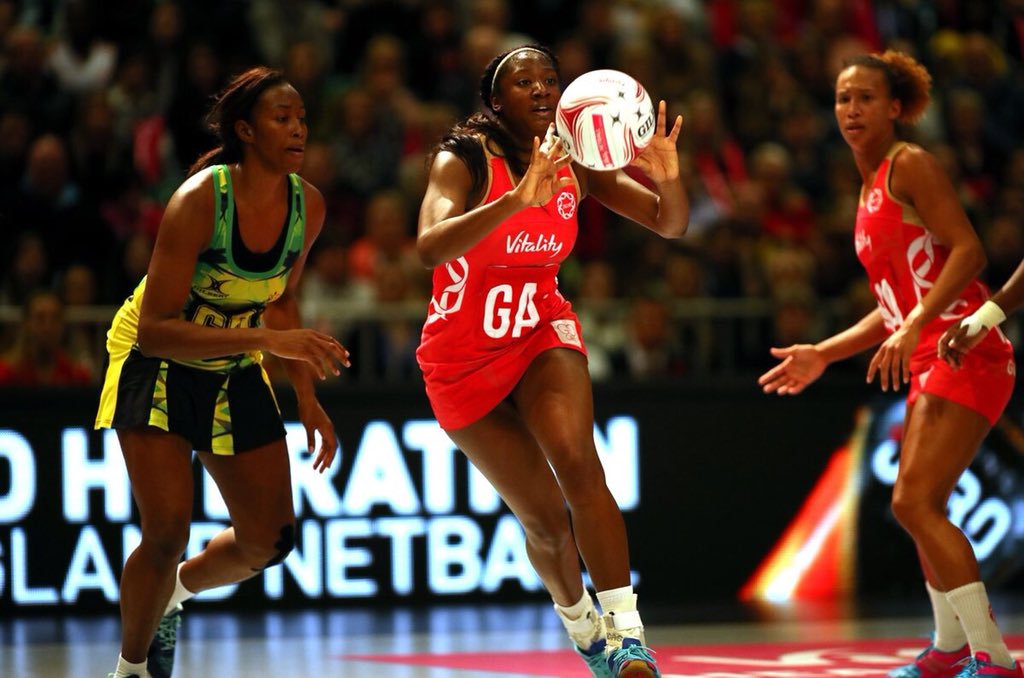 If you swap England’s hockey bronze for GB’s Olympic gold, this, coupled with the netball and cricket denouements, make for three priceless moments in English women’s sport over two years as yet more standalone media coverage barriers are broken.

In a wider context, however, there is still social inequality off the field of play.

In a revealing, yet dispiriting piece for the 2018 Wisden Cricketers’ Almanack last month, Tanya Aldred wrote on how women are winning (slowly) the war on sexism in cricket.

But it was Aldred’s conclusion which really hit home.

“Stop television’s cringe-making lascivious lingering over attractive women in the crowd. Use the correct language — Ireland’s Test against Pakistan in May will be the country’s first men’s Test: Ireland’s women played a Test 18 years ago. Get rid of those cheerleaders from the IPL, or use an equal number of male dancers. Treat women’s cricket with respect. Cover it. Fund it. Value it. Enjoy it for what it is, rather than resent it for what it isn’t. Stop the constant comparisons with the men’s game.

“Cricket has tried innovation on for size. Sexism has no place any more — by kicking it out, there is everything to be gained.”

While cricket attempts to gain true equality within the game, the genesis of women’s hockey and netball is vastly different. 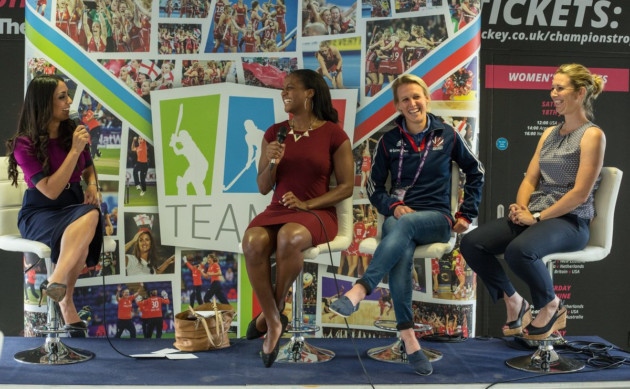 With no men’s elite participation, there are no real barriers in netball; the hurdles coming in the form of visibility and being taken seriously enough as a sport. Both have been squashed spectacularly in the last month.

Meanwhile England Hockey doesn’t have to package women’s matches alongside the men’s Tests as happens in rugby and cricket. It’s inclusive and of equal standing. After all, the first recorded international men’s match came in 1895, the women’s a year later; in 2014, the Netherlands hosted the first dual hockey World Cup since 1998, while at the Hockey India League, there were no female cheerleaders as per cricket’s IPL in recent seasons. Or is that because making moves to music for a penalty corner was deemed too obscure?

On an editorial note, The Hockey Paper has always aimed to give women’s hockey equal footing with the men – if not more.

There’s no reason why this should even be a topic, yet we received several messages bemoaning a lack of women’s focus. Strange, given that it was virtually 60-40 in favour of women’s articles during our opening print run.

And in relation to Aldred’s point on men’s and women’s Tests, there’s no reason why THP should reference ‘England men’ or ‘England women’ in stories. While we still have men’s and women’s hockey sections, we will now aim to simply write ‘England’ in match reports, unless we are referencing both teams.

In the UK at least, collective support for these three sports comes in the form of the TeamUp initiative.

Launched in 2016 by the three respective governing bodies, the landmark project’s aim was to build a fan base for women’s team sports in the UK with three World Cups in succession: the 2017 cricket World Cup, the 2018 Vitality women’s hockey World Cup and 2019 netball World Cup in Liverpool.

One down, two to go. And this summer the litmus test on women’s sport coverage will again be put to the fore with the standalone hockey World Cup.

With only the Open golf hindering the start of the tournament, there is no reason why the broadsheet and tabloid media should not be fully focused on showcasing our Olympic champions over the two-week hockey jamboree.

While BT Sport holds the World Cup rights – with the broadcaster mooted to show one England match free to air – the BBC will likely be a presence throughout the tournament from breakfast TV and match day coverage.

Hockey will also have star support in the sell-out crowd watching England. Shortly after England’s netball success, Neville spoke to a huddle of English media over the impact of the TeamUp campaign.

Has your school been inspired by women's team sports recent success? 🏑🏏🏐#GetInspired

We are working with @englandcricket & @EnglandNetball to get more girls playing team sports in school! 💪#TeamUp

She said: “We support each other, we went down to watch the women win at the cricket World Cup and obviously we will go to the hockey.

“When we have international events we support each other and we have a TeamUp teddy and what we’re trying to do is generate, as women in sport, a multiple support system so we can crossover the sports and increase the revenue, spectator and participation levels.”

However, cricket still has to bridge the gender divide. Netball will make hay on the back of Commonwealth gold amid a continual shortfall in funding while hockey’s crux is supporter levels at club hockey, the focus undeniably on the launch of the Pro League in January 2019 when international players will be visible on television on a more constant basis.

The TeamUp initiative is certainly one step. Yet, as much as this sporting collective is reliant on hosting World Cups for participatory gains and what it can bring other than sold out venues, it could take three golds to make further inroads below international level.

You would hope then that women’s sport perceptions and coverage on merit would be smashed once and for all.