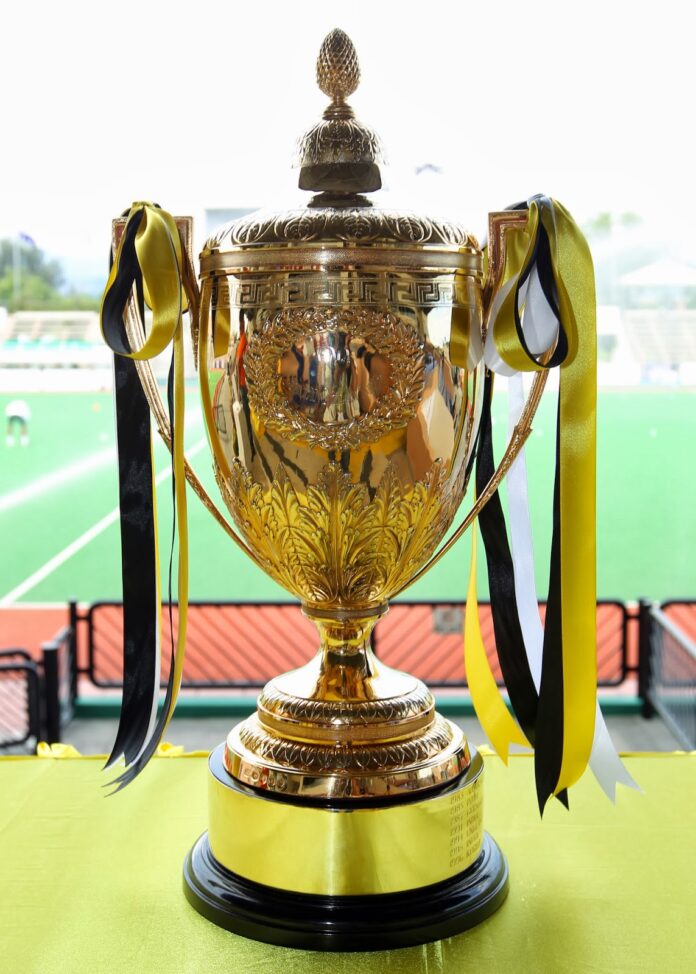 At half-time, legendary Australia head coach Ric Charlesworth said that South Africa had had almost exactly the same number of goalshots at that point – yet China led 5-0. It was one of those halves.

In the second minute a turnover brought Weibao Ao and Long Sun in to play and Canada umpire Deric Leung awarded the Chinese a penalty corner, which Player of the Match Yang Dong steered past keeper Rassie Pieterse to give SA the worst possible start.

And the men in green and gold’s pain had only just begun, Xiaoping Guo streaking away in the seventh minute before laying off for Long Sun to make it 2-0.

A stung SA earned a PC in the 10th and outstanding keeper Yao Yan glove saved to his left from Julian Hykes’ drag-flick.

The extreme pace of the Chinese forwards was always a threat, yet SA’s Jethro Eustice, Pierre de Voux, Clint Panther and Hykes conspired to win a second PC, which yielded no tangible return and the Asian country hit back when Yang Dong speared a visionary pass for Bowen Wang to finish from close in the 16th.

Moving the ball fluidly and running effectively, China seemingly had metres of space to work with and the South African nightmare continued when a sliding Zhixuan Zhang finished off from inside the penalty spot in the 20th minute.

China made it 5-0 in the 27th when Wei Meng made the most of Zecheng Li’s sublime steal and layoff.

In the closing minutes of the half, Tim Drummond and Ignatuis Malgraff both came close before SA won their third PC, but gutsy Chinese defence stilled the threat from Eustice and Hykes’ shots. A fourth PC ensued, but keeper Yan was equal to Eustice’s challenge.

The pace of the game having slowed, China continued to lead SA in goalscoring opportunities after the changeover – the Africans down to nine men at one point due to sin-bin penalties. Replacement keeper Jacques le Roux saved well from the irrepressible Zhang, while Yan repelled South Africa’s fifth PC – and another effort from Hykes before Clint Panther’s blaze over the crossbar after good work from Drummond summed up South Africa’s night.

Next up, SA tackle world number one Australia at 10.05am (SA time) on Monday.

Western Province and SA defender Rhett Halkett, who has obligations with his Dutch club, arrives in Ipoh on Sunday.