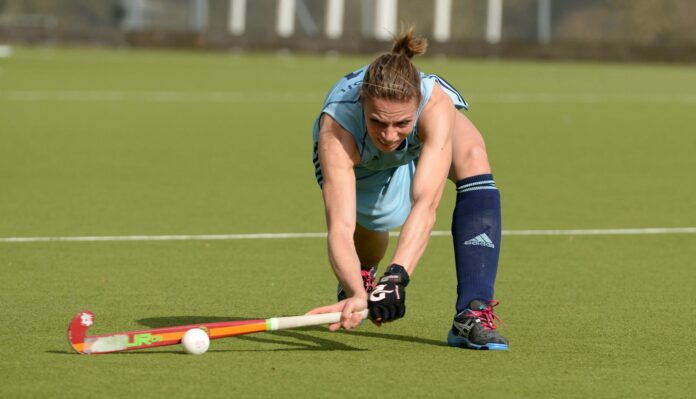 Two goals from Emily Kirkham helped Clifton secure the final spot in the play-offs with a 4-2 win over Sutton Coldfield in the Investec women’s hockey league premier division on Saturday.

Kirkham’s two, plus others from Els Mansell and Zoe Leach meant that Clifton defended fourth spot in the table. Elsewhere, defeat for Leicester against Reading and Bowdon Hightown’s goalless draw with Surbiton means that neither side can catch Clifton who join Canterbury, Reading and Surbiton in the play-offs on April 12-13.

It wasn’t an easy game for Clifton with Sutton Coldfield also desperate for a result. The loss sees them face a battle with the conference winners to avoid relegation.

Leicester needed a win to keep their challenge alive and they made a perfect start with Pascale Massey opening the scoring after just ten minutes. But Reading were on form and goals from Alex Danson and Kate Richardson-Walsh turned the game around.

Bowdon Hightown also needed a win to keep the pressure on but played out a dour 0-0 draw at home to Surbiton.

Phoebe Richards hit a double as Beeston beat University of Birmingham 4-1. Sophie Robinson and Suzy Petty were also on target for Beeston.

Leaders Canterbury were handed a 3-0 win by default after Olton and West Warwickshire failed to play the match, and may face sanctions from the League Committee.

In the Investec conference west, Buckingham were crowned champions after their 3-0 win over Isca. Slough are four points behind with one game left despite recording an emphatic 16-0 win over Exe. Amy Sheehan and Philippa Newton scored four each.

Ipswich took a big step towards safety in the Investec conference east with a 2-1 win over Harleston Magpies. Goals from Chloe Hunnable and Sarah Bamfield mean that their quest to avoid relegation goes down to the last day.

The champions of the Investec conference north will be decided on the final day with both Wakefield and Brooklands Poynton winning their games. Brooklands lead by two points.

The winners of the Investec women’s hockey league and the NOW: Pensions men’s hockey league will be crowned over two action-packed weekends at Reading Hockey Club in April. The top four premier division teams qualify for their respective finals weekends, laying off against each other to be crowned league champions.

The men’s finals will take place on the 5-6 April while the women will battle it out a week later from 12-13 April. Tickets are now available to purchase for both weekends,