Michael Absalom on working in those far hockey pavilions 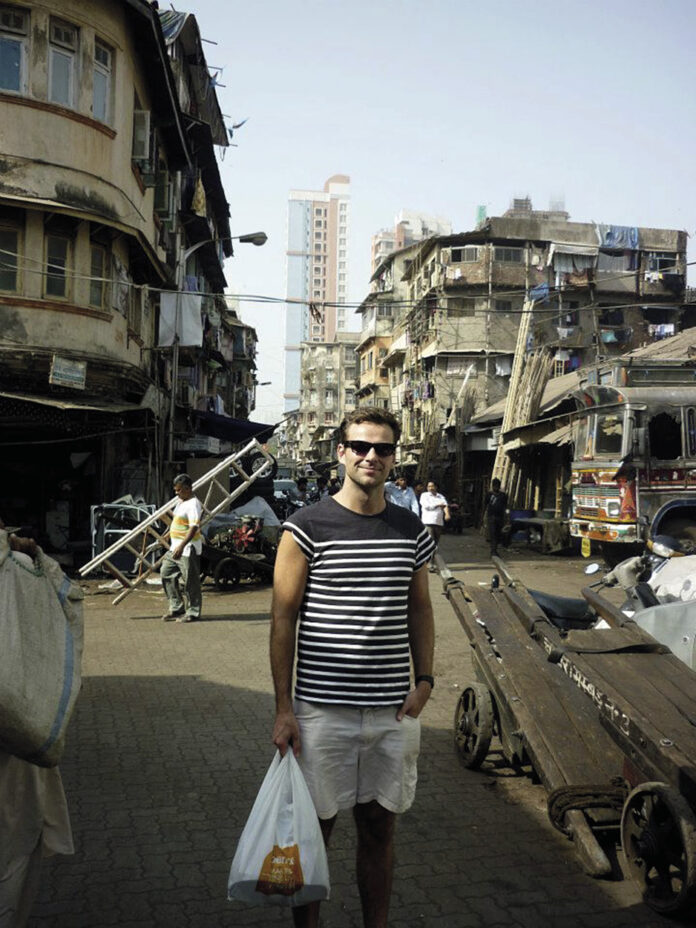 When the Hockey India League (HIL) hit off in 2013, one fan had the best seat in the house. Michael Absalom had been offered the chance to do broadcast commentary for the league’s debut season, and he jumped at the chance.

Absalom is an experienced hand holding the microphone – you may well have heard him from the Euro Hockey League and various International Hockey Federation (FIH) tournaments. But the month-long HIL season was a unique experience which, he says, pushed him right out of his comfort zone.

On the field, coaches were grappling with combining European, Asian and Australasian playing styles in teams with major language barriers. There was even a political dimension, with the Pakistan players in the league returning home as tensions mounted following a border incident between India and Pakistan.

In the commentary box, Absalom, a former England junior international, was grappling with unfamiliar players, scant access to the commentator’s greatest friend, statistics, and a hectic travel and work schedule. Teamwork, he says, was just as important with the broadcasters as it was on the field.

“I was the only guy out from the UK and I was tremendously honoured to be asked. Where I was fortunate was the team I had around. Anything I didn’t know I was supported by ex Indian internationals and coaches. I had two or three colour commentators who knew just about everything about this player and that player and I drew on their experience and knowledge of the game.

“I was lucky to be surrounded by such a good team. That is the key part of it – that the people in the commentary team know their stuff and you draw on those experiences so the viewer gets a fuller understanding of what is happening on the pitch.

“You could hear that those guys with me were genuinely passionate about the sport and they wanted to take it to the next level – that’s what the HIL did.”

Absalom’s contribution to that commentary-box chemistry comes from his background of covering hockey, which dates back to 2005 with Eurosport, alongside commentary on sports as diverse as skiing, Formula One, surfing and rugby.

On the hockey field, he still turns out regularly for Richmond 2s in the London League where he shares captaincy duties with Martin Jones (“not that Martin Jones”). He always wanted to play international hockey and stepped up to the U21s performance squad after playing England U18s. There he baulked at the commitment that was necessary to take that next step – an insight which still informs his commentary on the game at the top level.

“It makes my stomach churn to think how hard we had to work,” he says. “They were great times. I probably just didn’t have the stickability to make it all the way through. I had the fitness levels and a good skill-set but a lot of it was mental. Could you really see yourself going for another eight years to get into the senior squad – I didn’t see that.

“I saw too many other life opportunities. And that is what these guys have gone on and sacrificed for the love of the sport. which is amazing.

“When I see every single player at the top of the men’s or the women’s game, I fully appreciate how much effort they have put in to get there. I hope that comes through in my commentary.

“I am genuinely passionate about hockey and I do know just how hard everyone has worked to get their side to where they are in the world. For GB to come through and medal at the Olympics last year has taken a huge amount of work of on and off the pitch.”

Since his England days, Absalom’s own hockey career has taken a more prosaic, albeit very accomplished, route. He captained Havant as an 18-year-old before moving to Hounslow when he secured an on-air job with CBBC in London. After a traumatic period for the Middlesex club, he crossed the river, as did many of Hounslow’s male players, to Richmond where he has been for the past eight years or so.

“It is a great standard of hockey to still be playing,” he says of the Higgins London League premier division. And with the likes of Reading 2s, East Grinstead 2s, Southgate 2s, Surbiton 2s and Hampstead and Westminster 2s, it is the toughest second-team league in the country. Richmond are having a tough season, but the fires of competition still burn bright for Absalom.

“I don’t like losing – it dictates my weekend mood. I’ve been in a stinky mood Saturday nights and Sunday for the whole of this season,” he says. “But I’m confident we will turn it around.

“We’ve got a few experienced guys in there and a few who are new to this standard of hockey. We had a great season last season where we only lost twice. Our goal is to stay in the division so we are playing the same standard next year.

“I took one in the face this weekend. The ball went straight up the stick into the eye. So I’m walking around London with a black eye. It looks like I have been beaten up.

“The Teddington boys ribbed me straight after the game with ‘not the face’! It’s like a scene out of fight club.”

Absalom’s work diary is filling up for the next few months as he his in Argentina for the FIH World League Finals as PUSH goes to press.

After that his thoughts turn eastwards again to the men’s World League Finals from January 10-18, in New Delhi. The HIL starts the following week, with Absalom still negotiating the final details of his contract.

“I would love to be there,” he says. The finals in Ranchi were amazing. It was a culmination of a huge event. The closest you would see to it is India versus Pakistan in maybe the Commonwealth Games.

“There was a raucous capacity crowd – they love it. I am very envious as a commentator because all I ever wanted to do was play international hockey. I played to a certain level but I never experienced anything like that.”

On the pitch, he says, it was interesting to see which teams came together well and those that fragmented under the pressure.

“I was actually surprised by some of the teams you thought would be amazing. Mumbai had eight or nine Australian internationals in their side and they were coached by Ric Charlesworth. But they finished dead last which just shows how hard it is to integrate players.

“You don’t necessarily have to have the best individuals. It’s how the team reacts to situation. How they gel as a group.

“You look at a team like Ranchi who had very charismatic characters like Floris Evers leading that group. They just made sure, socially, everyone was included off the pitch. That translated into what went on on the pitch. It was very interesting that off the pitch was just as important as on the pitch in the HIL.

“Ranchi had this amazing little rhino sign that everyone bought into. [bend down your middle three fingers and press your thumb to your forehead to make a horn with your little finger and you have it]. Across the rest of the league everyone saw they had a certain energy and buzz about them as a team.

Covering a five-city tournament across a massive country was a massive logistical exercise and Absalom is full of admiration for the teams that beamed the TV images to a global audience including throughout Asia and in to New Zealand, Australia, the US, Canada and Europe.

“They have huge film and TV resources in India but still getting them around the country, getting them set up, plugged into the right socket and hitting the world feed is a challenge. Fortunately I don’t have to do any of that. I’m listening to a whole crew that are counting feeds on and off air, when we have to go to commercials. Those things are taken care of.

“As a commentator you have to prepare as best you can. I didn’t know a lot of the players going in to the tournament but, because it lasts for a month, you build up your knowledge. You only have access to international stats and, maybe if they are junior World Cup players, those numbers.

“Because it was the first HIL there was no history. It was just the first game between the teams. This year we will know some of the form teams and key players will definitely be more familiar.”

Absalom’s big break at CBBC was as resident ‘weather boy’ back in 2002. So can he give us a forecast for the impact of the HIL on Indian hockey?