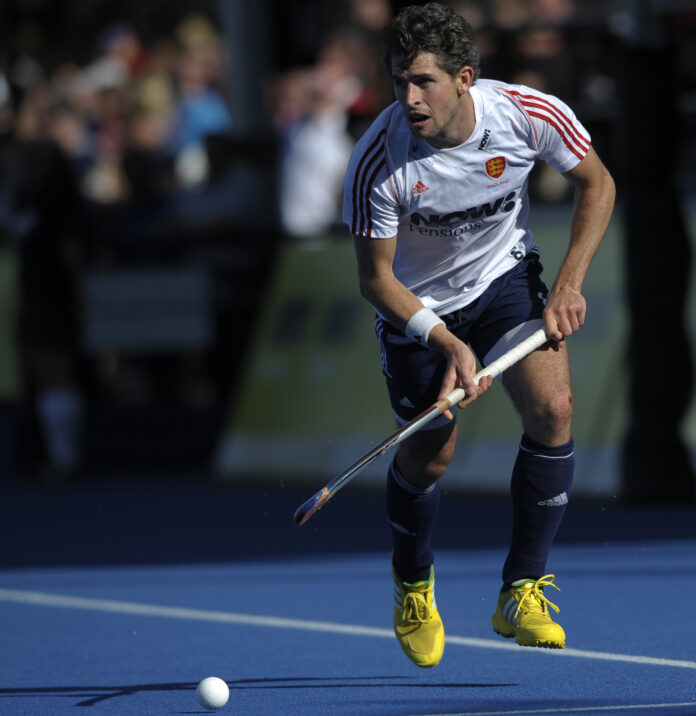 Simon Mantell has a hectic couple of months to look forward to, having just picked up a professional contract to play in the Hockey India League (HIL), immediately after January’s World League Finals. Push caught up with him to find out more about his, and England’s, prospects for the year coming up.

Let’s start with the Hockey India League then. Were you pleased with the successful $26,000 bid for you?

It is a real bonus to be picked up by the Mumbai Magicians and it’s exciting to be involved in something that is so progressive for hockey.

From talking to people who were involved in the league last year, it was a success and I am excited about the prospects of going out there and experiencing it myself.

Mumbai looks like a strong outfit with England team-mate Adam Dixon and a host of Australians, including forward Glenn Turner.

It will be great to be alongside Dixie in the same team. But as you say there are a few Australians in there – Matthew Swann as well – he has a lot of caps for Australia and there are another five or six too.

One of the appeals of playing in the league is that you get to play with, and against, players you wouldn’t normally see other than on the international circuit. It should be very interesting.

You mention ‘progressive’ do you think it’s important that the league is making decent payments to players?

Definitely. It is early days for the league, but it is starting to develop and I hope it will be sustainable. The fact that they have so many people watching the league in India is a great thing.

It should be good for the sport and hopefully it will grow.

So you have a two-year deal?

Yes. The initial contracts for players that joined last year were for three years. This year they have signed more players up for two. After that it will start again.

That gives you a hectic start to 2014 with World League followed by Hockey India League, both in India.

It will be a busy time. At least we are only travelling out there once as we will be staying out there [after the World League Finals] and going straight on to our franchises.

It will be a busy January-February. But it will be a good learning experience, playing with and against some of the best players in the world. I certainly see it as a chance to develop my hockey as well as having a new and different experience.

How do you see the World League Finals shaping up for England?

It will be similar to the Champions Trophy with the top-ranked sides – it will be very strong. Our squad has come together nicely over the last year or so. But we need to be tested at the highest level. The World League offers a great opportunity to do that.

What has the squad been up to since the Euros?

We are full-time athletes now, and we’ve made some good progress in that solid training block between the Europeans and the World League. But, of course, we want to get out there and perform and play matches. That is what we are looking forward to – testing ourselves against the top teams.

With a bit of a break from international action, the focus has been on league hockey. How is your season going?

I’ve been enjoying the club hockey. Reading have been having some good results and have been relatively consistent. The top three [in the NOW: Pensions premier division] seem to be pulling away a little at the moment. But the league is so strong this year, every game is a tough one.

We [Reading] always try and improve through the season. Hopefully we can do that, make the play-offs and have some success there.

You progressed in the Euro Hockey League as well. The final rounds are all at Easter in 2014 – is that a big focus for the club?

The EHL is something we try and target at Reading. We got through to the KO16 with a win and a loss – it is a strong tournament as ever this year with the Dutch clubs looking very strong. We are looking forward to the draw and finding out who we will be playing.

Talking about all this hockey, there are a lot of tournaments coming up aren’t there, with the World Cup (May 31 – June 15) and the Commonwealth Games in July/August?

It will be a busy year but, to be honest, every year is busy for us. It is year-round and we will get a bit of time off, probably after the Commonwealths.

But at the moment we are just looking forward to getting out and playing. You look forward to events like the World Cup – which is going to be in the Hague in the football stadium – that will be an exciting competition, and multi-sport events like the Commonwealth Games are something that are very special to all athletes.

You missed the 2012 Olympic Games through injury. Did you have that conversation with yourself about whether it was worth continuing?

Whenever you have time out with injuries, you inevitably think about the future. I wasn’t ready to finish. Not having played in the summer [of London 2012] and being injured through that period was tough. But it probably just strengthened my desire to carry on. I still feel fit and physically able to keep going.

It wasn’t really a hard decision. I didn’t have many thoughts about finishing.

Working towards something like an Olympic Games is a very special thing. The time goes quickly we are already less than three years to go [to Rio]. Time flies.

You look forward to big events, and the Olympics is just such an incredible thing to be part of. We have an opportunity, with a lot of training between now and Rio, to have some success. That’s what keeps me going.

So that is the goal then – Push through to Rio and challenge for a medal?

Absolutely 100 per cent, that is the goal.

Is going into full-time training so early important to take the GB squad forwards?

This is the first time we have come together so soon after one Olympic cycle to work together towards the next. That opportunity only comes through the funding from the Lottery and UK Sport.

It will hopefully show up in our performances over the next few years. It is early days – but if we want to improve we have to spend time together. We have to work on our individual games but also get pitch time together – that is very important.

GB Hockey and England Hockey have become much more professional over the years I have been involved. The set-up is fantastic and that gives us the opportunity to fulfil our potential and try and win medals.

And the fact that NOW: Pensions are behind England and GB Hockey, and supporting the league too, helps to boost the game incredibly.