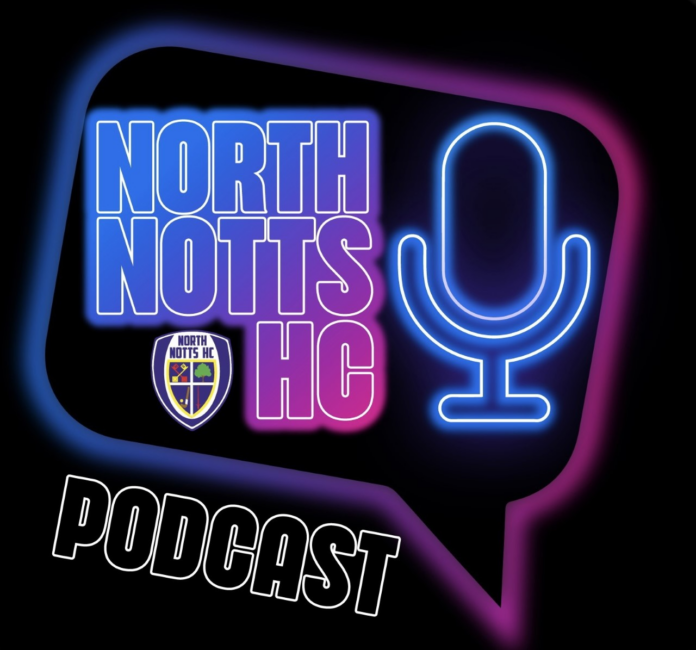 A Nottinghamshire hockey club is trying its hand at a new way of communicating with its members and the local community with the launch of its first podcast.

Like most clubs, Mansfield Woodhouse-based North Notts Hockey Club have found things tough over the last couple of seasons.

North Notts’ season was also badly affected because of the unavailability of their home pitch, forcing them to play their home fixtures in Worksop, while both men and women sides have struggled for players throughout the year.

To build on the possibly unexpected positive end to the season, men’s 1s manager, Jay Faulkner, thought a different way of communicating would be great idea to continue rebuilding the sense of club identity. The podcast launch will keep all club members up to date and to encourage old and new players to pick up a hockey stick.

The podcast is called Pushing Back which combines the idea of hockey and the fact that the club is coming back strongly to meet the challenges of the last two years.

The first episode, which launched in May, includes a chat about the past season, the latest information about the pitch from the club president and a interview with one of the clubs veterans with stories about the days of pre-league hockey and Easter tournaments, and even a poem.

Twenty years ago, Faulkner used to run a club newsletter called “And you know you are”, the newsletter was a great success but took an age to produce.

“At a time when we really need to boost club membership and exposure I thought a podcast could work and help us get relevant up to date info to club members quickly and easily, its about growing the sport and trying new things,” he says.

“The first podcast was relatively easy to record by simply setting up a Zoom meeting and having a chat, one of our junior members is a budding sound engineer so he’s putting it all together.

“It’s a few hockey lovers sitting down and discussing a sport and a club that we love.

“I’ve been with North Notts for 36 years so I have a multitude of anecdotes to share, we have so many characters in our club content will never be a problem.”