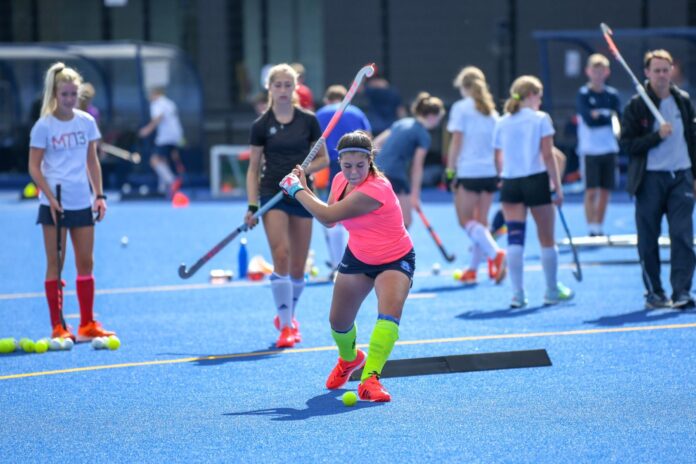 Its 2-day camps are designed for children aged 8+ who are starting out in the sport and who aspire to go far.

MT13 is focussed on each individual player achieving their potential in hockey, whether that is at club, school, pathway or international level. Whatever the age or players ability MT13 encourage and support as well as creating a fun, caring and progressive environment.

“My daughter, aged 10, has attended MT13 residential, Project MT, small group sessions, 2-day camps, and 121 sessions with MT13. She also took the online courses during Covid Lockdown 1. Whatever session she attends, we always find that the coaches take a personal interest in her development and I always come away feeling that we have received excellent value for money. Matt is extremely passionate about enhancing her performance; skills and mindset. She really enjoys the residential course, and says her 121 sessions are “epic”. As a parent, I’ve seen huge improvements in her skills, love to see her enjoy her sessions, and would recommend MT13 wholeheartedly.”
Sandra Harrison

Matt Taylor is an ex-England Senior International who is regarded as one of the top domestic hockey coaches, having helped produce over 30 junior internationals and 42 Senior Internationals who have worked under Matt in the last 10 years, of which included 14 players at the Rio 2016 Olympic Games. Matt took Cannock Ladies team through 6 league promotions into the National Premier League between 2002-2009 before moving to Beeston to win 2 league titles with the ladies before moving across to the men where he won 3 Premier League Championships.

Ages of children catered for: 8-16