Explainer: The price of running floodlights at sports clubs 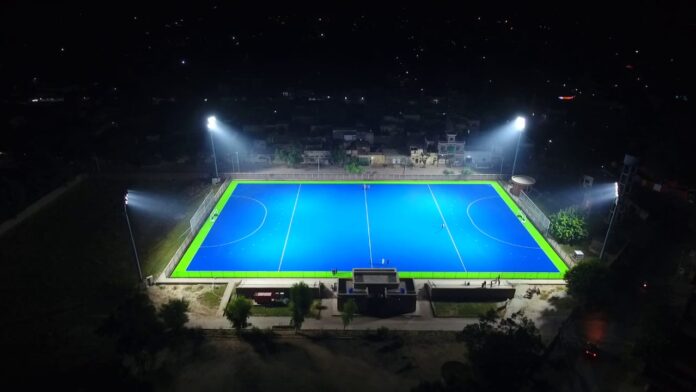 As The Hockey Paper has revealed, sports clubs in the UK are set to face extremely high electricity bills for next season, while hockey is set to endure some tough times ahead due to floodlight needs.

Here, expert Andrew Montford helps explain why and what may happen this autumn.

The National Grid is trying to move everyone on to half-hourly pricing. This is where the price varies depending on the time of day and also depending on whether the wind is blowing.

Unlike consumer bills, businesses are not protected by a price cap meaning that energy suppliers are passing on the escalating cost of wholesale energy.

This will allow the UK grid to incentivise people to switch off during the evening peak or when there is no wind.

Obviously, this doesn’t work for hockey clubs, with the need for lights during evening training across the country.

According to Montford, who works at a London-based energy think tank, this is likely to be voluntary at first, with reduced bills being offered at other times, in return for limiting use in the evenings.

However, it is also thought that it will become compulsory, simply because “there is a risk of blackouts if they don’t get the load shifted away from the peak.”

In California, where time of use billing has been tried, the peak price was often five times the off-peak price.

This is going to make it very expensive to run training sessions in the winter months, says Montford.

Any further disruption this winter to supply chains could yield “very high prices”, according to Dr Jack Sharples of the Oxford Institute for Energy Studies.

“We are walking a tightrope,” he told the i newspaper. “If you imagine somebody walking a tightrope between two very tall buildings, and you are being buffeted by the wind, that’s a pretty good analogy for where we are going to be through this winter.”

National Grid ESO is expected to produce an early view on the winter outlook next month.

Is your club worried about rising electricity bills next season? Please email us with your thoughts