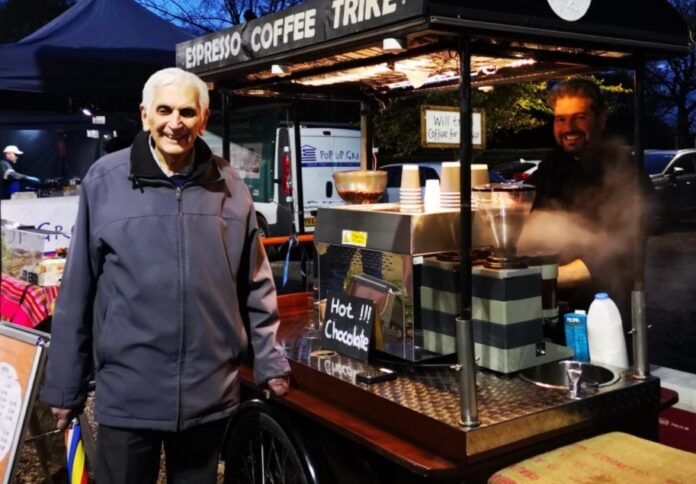 Eastcote HC is mourning the loss of a club legend after Ian Fitzgerald passed away last week. He was 91.

Ian had been club general secretary of the London club for over 40 seasons and was still active as a club umpire, having overseen a game the previous weekend.

Eastcote’s Graham Pile, who worked in tandem with Ian since 1980 – the pair referred to as ‘Batman and Robin’ – said: “To say that Ian lived life to the full would be an understatement to all who knew him well.”

Ian was regarded as a “deadly striker” during his heyday in the men’s 1s.

The club said: “He also played as an inside forward with the vision to snake passes through the defence to his forwards who were able to anticipate his passes and latch on to them with very little effort on their parts.

“He was also directly involved in playing hockey every week, coaching the youngsters every week, and helping to prepare the club premises for an increase in social events that inevitably followed the growth of the club. Ian was always one of the first helpers on the scene if the club hall needed decorating for the several functions that took place there over the years.”

In his later years, he took up serious umpiring and administration of the Middlesex Umpiring Association.

The club added: “One would think that there was not enough time for any person to carry out so much work. But Ian was not just “any” person. He was extraordinary. He was determined to work on and on, and then work some more.”

Old Uxonians Ladies’ Hockey Club said: “Over the years Ian umpired a huge number of our games on behalf of Eastcote, and there were many occasions when he also helped us out when we were in need of an umpire.

“It goes without saying that his contribution to the sport of hockey and umpiring was immense and we would like to pass on our condolences to his family and his club.”