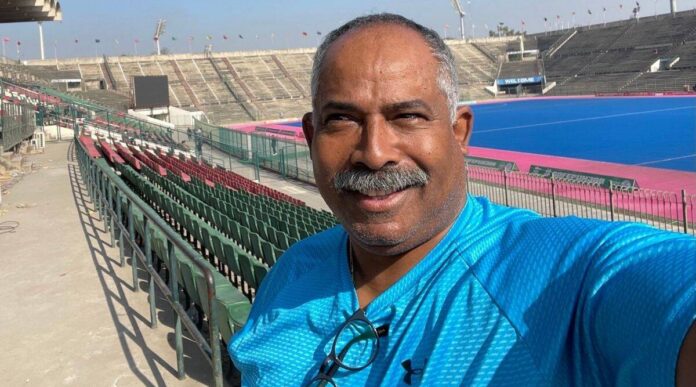 The Pakistan Hockey Federation (PHF) has appointed Dutch coach Siegfried Aikman to oversee the national team on a five-year contract.

Pakistan are currently preparing for the Asian Champions Trophy, which starts on Tuesday, and will take over from Khawaja Muhammad Junaid after the tournament.

Aikman was previously Japan coach and left after the Tokyo Olympics. He will be in charge of Pakistan until the 2026 World Cup.

“With Aikman’s appointment, the PHF has filled all its bases to bring Pakistan back to the top table of world hockey,” PHF secretary Asif Bajwa said.

“The boys have the potential but it’s about harnessing that in the right way,” Aikman said. “We will move ahead in future through short and long term plans to improve Pakistan hockey and bridge the gap between Pakistan and the top teams in the world.

“We also need to make the boys mentally strong and work on improving their technique.”

Pakistan will play their first match on Tuesday against Japan, before matches against India, South Korea and Bangladesh. The final is set for Dec 22.

Pakistan were declared joint-winners with India in the last edition in Oman in 2018 after bad weather forced the decision.